But my interests lie elsewhere...

Following up on my recent autobiographical note, I should perhaps say a bit more about my current interest in the subject.

I have frequently stressed my interest as 'historical'. I find that it is important to place vampires and magia posthuma in time and space instead of in some Neverland reminiscent of the Transylvania of our fictional or 'symbolic' geography. The people who were afraid of revenants were 'real' people, and it was 'real' people who were doctors, military personnel, priests and other persons in authority who had to find a way to deal with this 'superstition'. Also, it was well-educated and learned people who were involved in debating the incorruptibility of the corpses exhumed and the illness that the supposed victims were suffering from. In my opinion, it is more fascinating to try to understand these people, their concerns, notions, theories, beliefs and fears, and why they spent time on this strange subject, than to perpetuate the vampire mythology of Stoker or Summers, cf. some old posts here, here, and here.

So one of my interests is simply to place vampires and 'posthumous magic' in a historical context by asking relatively simple questions like: What did it look like in 'Medvegia', when people were afraid of vampires in the winter of 1731-32? How were the people dressed? Who were they? What medical background did a field surgeon like Flückinger have? Oh, and where is 'Medvegia' anyway? So I've tried to find out about the Habsburg Militärgrenze, looked for books on soldiers and military uniforms from the 18th century, and have been reading about the development of medicine in those years, but still some of the questions are pretty hard to answer when you're not familiar with the history of those regions, and the amount of information available here in Denmark on the region and period is far from impressive. You can for instance not find a copy of the only modern biography of Charles VI (Bernd Rill: Karl VI. Habsburg als barocke Großmacht) in any Danish library, so I had to get it on loan from Sweden... 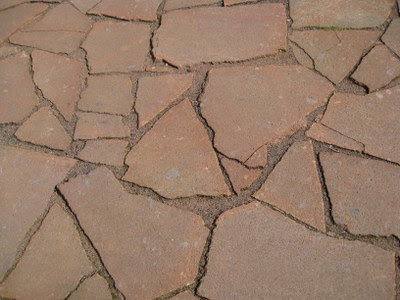 On top of such practical obstacles, even historians can have a hard time understanding e.g. the history of the Habsburg Empire, cf. the preface to Charles Ingrao's The Habsburg Empire 1618-1815. Certainly, there are other aspects of the relevant period of European period that is far from described and understood, but then it is intriguing to see how e.g. the research into the witch hunt has developed over the past few years. What is particularly interesting is to see how muddled the picture really is, and how the stereotypical mythology of the progress of enlightened rationality and secularism isn't in harmony with the actual historical development. But then that is one of the aspects that might whet one's appetite for figuring out was going on and why :-)

This particularly goes for the great vampire debate of 1732. Very few studies place this debate in the context of the contemporary scientific and philosophical discourses, and consequently it is hard for most people to get an understanding of why learned people found it necessary to discuss revenants and incorruptibility. I am grateful for the hard work laid down by people like Klaus Hamberger to help understanding the various theories and discussions, because it's frequently hard to understand the context of a past debate.

In this respect, I see the vampire debate as an interesting case for illustrating and understanding the developments in science and academia in those years, as well as in other aspects of society, in an era when science and society developed pretty rapidly. From a more theoretical point of view on the development of the sciences, it is also very interesting to see how phenomena are discriminated and organized in new ways, new theoretical frameworks built, allowing for new institutions and methods. Here the various ways to deal with the 'miracula mortuorum', including incorruptibility and tales of revenants, are an interesting and pretty pertinent example.

No doubt, a lot of interest has been given to some of these subjects over the past decades, e.g. on burial practices, cf. not only the well-known work by Philippe Aries, but later work like that found in the anthologies Körper ohne Leben: Begegnung und Umgang mit Toten edited by Norbert Stefenelli, and The Place of the Dead: Death and Remembrance in Late Medieval and Early Modern Europe edited by Bruce Gordon and Peter Marshall.

Another aspect that has been stressed in the later years, is the relation between vampires and the magia posthuma on one hand and the witchcraft beliefs on the other. Gabor Klaniczay has contributed to this understanding leaving an easily detectable fingerprint on the current understanding of the history of the witch hunt, cf. e.g. volume 5 of The Athlone History of Witchcraft and Magic in Europe: The Eighteenth and Nineteenth Centuries, but I believe that a better understanding of the magia posthuma in e.g. Moravia and Silesia is required, see e.g. the work of Karen Lambrecht, to fully link the history of magia posthuma with that of Central European witchcraft.

This way, the history of vampires and magia posthuma is probably also an interesting case for illustrating and understanding the 'decline of magic' and the development of the modern secular society.

In fact, the 'complete' synthesis of the current knowledge of folklore, archaeology, evidence of revenant beliefs and apotropaics, etc. with the documents and books on vampires and magia posthuma of the 17th and 18th centuries, in my opinion still requires some work. However, with the opening up of borders within Europe, and the easier access to books and archival material, it should be possible to fill in the gaps. So I'm pretty optimistic, and maybe that elusive 'vampire book to end all vampire books' that I mentioned in my recent post, will get published in the near future :-)

Due should of course be given to the people who have put in important work in the later years and have inspired me in my own endeavours. Some have been mentioned in this post, some elsewhere in previous posts on this blog.
Posted by Niels K. Petersen at 12:45