The Land Beyond the Forest

'More decidedly evil, however, is the vampire, or nosferatu, in whom every Romanian peasant believes as firmly as he does in heaven or hell.'

Thus according to author Emily Gerard in an article on Transylvanian Superstitions in The Nineteenth Century in 1885. Her later book on her travels in Transylvania, The Land Beyond the Forest: Facts, Figures, and Fancies from Transylvania will be republished in two volumes by Cambridge Library Collection this November:

'Novelist Emily Gerard (1849–1905) went with her husband, an officer in the Austrian army, to Transylvania for two years in 1883. Then part of the Austro-Hungarian Empire, today a region of Western Romania, Transylvania was little known to readers back in England. Fascinated by the country, Gerard still found it an isolated and alienating place. In the years following, she wrote this full-length account (first published in 1888) as well as several articles on the region, which Bram Stoker used when researching the setting for Dracula. With humour and compassion she describes her encounters with the different nationalities that made up the Transylvanian people: Romanians, Saxons and gypsies. Full of startling anecdotes and written in a novelistic style, her work combines her personal recollections with a detailed account of the landscape, people, superstitions and customs.' 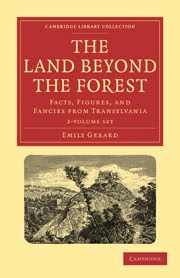 Anthony Hogg, by the way, has recently written a bit about the word nosferatu on his blog.
Posted by Niels K. Petersen at 12:43 No comments:

It has been a long time since I last mentioned the Yugoslavian (that was what it was back then) movie Leptirica. But now I would like to refer to an in-depth review of it that another blogger has written recently. As it has yet to see release on DVD in one of the major languages, I can only agree that it is 'an important film begging for a full re-mastered international release'.
Posted by Niels K. Petersen at 21:44 No comments: 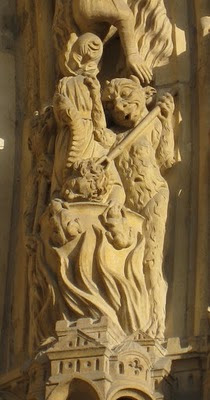 Spending some time in Paris this summer, I of course tried to take a look at some things that might be of relevance to this blog. 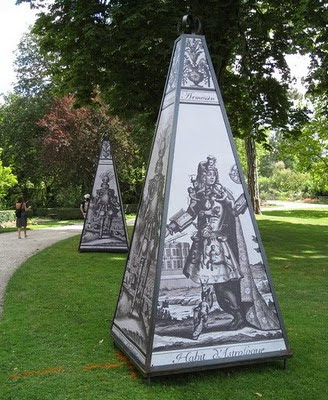 At Versailles there was a small outdoor exhibition of the suits of some professions, including the astrologer's as shown above, and, of course, the busts and statues of some people who have played a role in vampire history. Not least Voltaire (below) who actually visited Senones, but later on attacked Calmet in his oft-quoted: 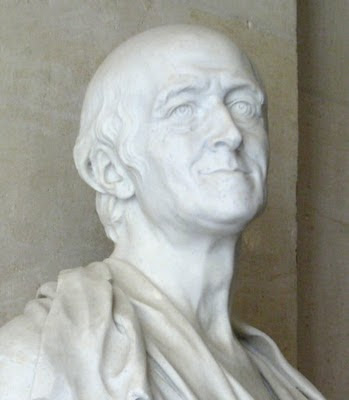 The naturalist Buffon, who was the first to use the word vampire for a bat, can be found in various places (like the statue below) in the Jardin des plantes, even depicted like some kind of Dr. Doolittle who almost can talk to the animals. There is also a plane tree (platanus orientalis) that he planted in that garden in 1785. 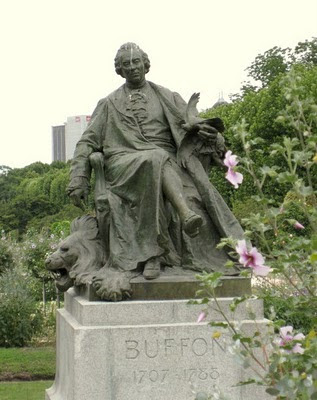 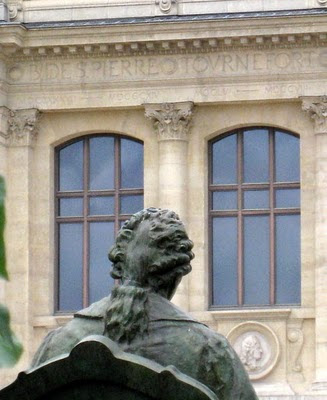 The statue of Buffon is facing the Grande Galerie d'evolution, which actually carries the name of the botanist Joseph Pitton de Tournefort, who before Buffon had been involved in developing the garden. In vampire history, Tournefort is of course known for observing and describing Greek revenant belief in his Relation d'un voyage du Levant. 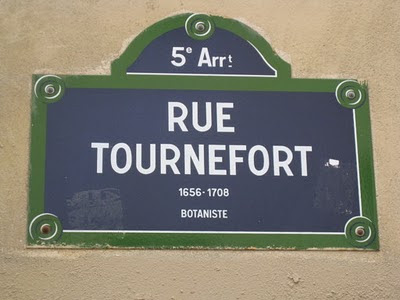 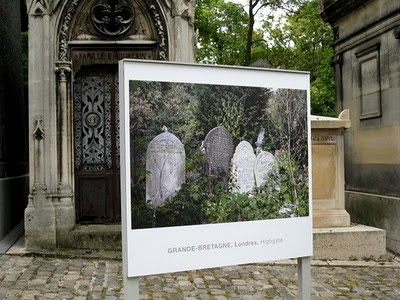 A curious honouring of the dead can be seen at the Père Lachaise cemetery, cf. the tombs of Jim Morrison and Victor Noir. Currently there is an exhibition of photos of cemeteries from around the world, including one from Highgate Cemetery in London.

The mysterious, but fake tomb below can be found in a private vampire museum run by author Jacques Sirgent. Situated on the border of old Paris, it is easy and fast to go to Le Musée des Vampires by Metro, but entrance is only possible on request. Well, I couldn't go to Paris without trying to see a vampire museum, so I and my wife visited the place and had a pleasant time with Sirgent who talked about his books and his views on vampires, the possible location of Vlad Tepes's corpse etc.

Jacques Sirgent is the author of a number of books, including Le livre des vampires and Erzsebeth Báthory: Le sang des innocentes. One of his books is available in English: Drakula's Tomb. 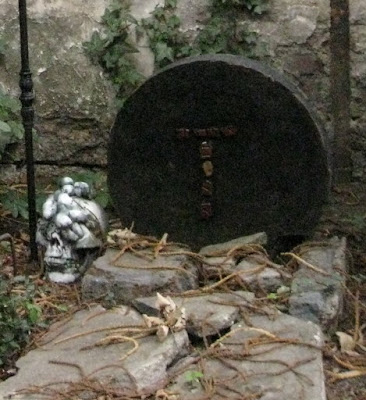