A surgeon's eyewitness accounts from Transylvania and Wallachia

Most of what was written on vampires in the eighteenth century consisted of commentaries on either a very small corpus of eyewitness accounts from officials of the Habsburg authorities or the Catholic Church or of various tales of vampires and revenants from around Europe. The most careful and comprehensive study based on first hand examinations of both those who complained of being attacked by a bloodsucker and of the bodies of the suspected vampires, was written in 1756 by a regimental surgeon, Georg Tallar.

Tallar was born in Mainz around 1700, and studied medicine there and in Straβburg. He then pursued a career as a surgeon and physician in the Habsburg army for more than thirty years, serving in Transylvania, Wallachia and the Banat. As Tallar mastered the local languages of those regions, he was not only able to discuss the subject of vampires first hand with the people who actually believed in them.


Tallar witnessed five incidents in which people claimed to be attacked by vampires – or actually: Moroi – and in three cases he was himself involved in examining those who were ill as well as the corpses that were exhumed. He had actually even known some of those who, after their demise, were suspected of being bloodsuckers.

The Wallachians who were ill and claimed to have been attacked by a bloodsucker, told Tallar that they had been in bed for a couple of days, and that their heart hurt. When asked where the heart sits, they pointed, not to the heart, but to the stomach and the intestines. They said that, whenever they tried to fall asleep, the bloodsucker appeared in the shape of this or that deceased man or woman, standing in front of them or in a corner. Some said that they saw the bloodsucker when they were asleep, but many of the afflicted actually saw nothing. Still, they believed that it was necessary to open the graves to look for the Moroi. Although exhuming and destroying corpses was prohibited by law, they were willing to break the law to seek out and destroy the bloodsucker. In fact, people were so afraid of falling prey to the vampire, that they dared not walk about after dark.

Examining them, Tallar found that they complained from pains and aches in various part of the body, including strong headaches, and that their tongue would turn first pale and then become brownish red and dry as wood. They were very thirsty, and had a faint and erratic pulse.

In each case, only Wallachians were affected by the bloodsucker, whereas neither soldiers, German settlers, nor local Serbs became ill, so Tallar concluded that the Wallachians did not suffer from an epidemic, but rather an endemic disease. Considering the traits of the Wallachians, he concluded that the food eaten by them, especially during the fasts that they fanatically observed during Winter - consisting of e.g. cabbage, garlic, and sauerkraut - was the cause of the disease. In fact, administering a simple vomitive often cured the diseased!

Tallar also discusses various beliefs concerning the dead and their graves, refuting the beliefs and providing various natural causes for the phenomena. He e.g. refutes the belief that the bloodsuckers are more harmful on Saturdays, by exhuming and examining the corpses on various days of the week, showing that the state of the corpses were independent of the day of the week.

Overall, Tallar is an exemplar of the medical enlightened man, emphasizing – like Gerard van Swieten – the lack of education among the Wallachians, while at the same time mentioning that they are not so stupid not to accept his medical remedies against the disease, when they notice that people get cured.

Tallar wrote his Visum-Repertum Anatomico-Chirurgicum after the vampire incident in Hermersdorf that prompted Empress Maria Theresa to stop the burning of corpses associated with magia posthuma, but his manuscript was left unpublished for almost thirty years, until the Viennese publisher Johann Georg Möβle came upon it and decided to publish it in 1784.

A reviewer in the Viennese Realzeitung für das Jahr 1784, expressed the wish that Tallar had used his proficiency in the Wallachian language to publish his observations on the matter in that tongue. Excerpts from the book turned up in Johann Dionis John’s Lexikon der K. K. Medizinalgeseze in 1790, and in an article in the Medicinische Jahrbücher des kaiserl. Königl. Österreichischen Staates in 1846.

Now, almost 250 years after its first publication, Tallar’s book has been reprinted by Nicolaus Equiamicus in a slim volume that replaces Möβle’s introduction by a new one by Equiamicus, and adds a few explanatory footnotes, while slightly updating the language of the original. Tallar’s original is readily available online (see my list of links), but Equiamicus is to be commended for providing us with a handy edition of this essential text on vampire beliefs. And it is available for just €7.90.
Posted by Niels K. Petersen at 15:39 6 comments: 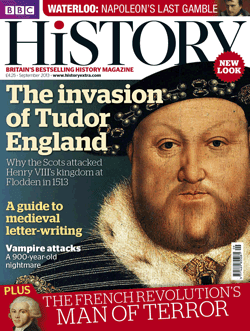 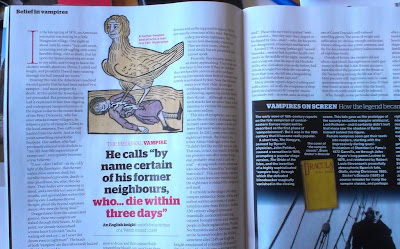