I have become the first 'victim' of the amateur vampirologist in a new series of interviews with 'vampirologists'.
Posted by Niels K. Petersen at 21:11 1 comment: 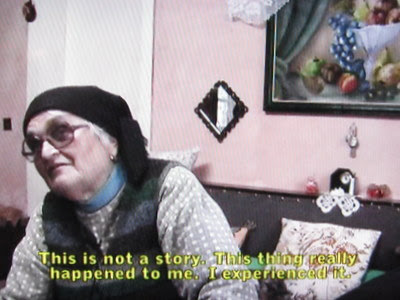 People become as stupid as a box of rocks from watching television in stead of listening to other people, a man in Transylvania informs us. You learn from talking to other people, but only watching television makes you die stupid. So young people are not interested in what the elder Transylvanians have to say about strigoi and varcolaci, what we might call vampires and werewolves.

The frustration must have been the same when folklorists interviewed people in many Western countries earlier in the 20th century: Mass media replacing local traditions and the art of learning from other people’s experiences by listening to their stories. Today we are required to be flexible and willing to leave behind the knowledge of yesterday to replace it with the knowledge of tomorrow, as some say.

All the more refreshing it is then to get a glimpse of a world of traditions and experiences that is in retreat, in this case the rural traditions concerning strigoi and other extraordinary phenomena, as documented in Justin Blair and Matthew Vincent’s labour of love, Across the Forest. This 79 minute documentary contains no background information or commentary, just the spoken word of a score Transylvanian men and women. Some of them are telling stories that are like fairy tales, while quite a number of them claim to communicate their first hand experiences with e.g. being visited by a strigoi and having to put a nail into the heart of a dead woman to stop the strigoi from harming animals. 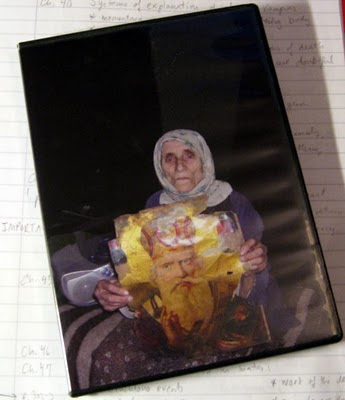 The documentary style of the two filmmakers resembles that of folklorists interviewing people, so the movie is a compilation of fragments of traditions and experiences that have been part of the local communities, and they do not force any particular interpretation onto the spoken word. That makes it a bit confusing, but at the same time we are free to judge for ourselves and to relate their tales to what other information we have on such beliefs.

So although we have probably become more stupid from spending too much time in front of our television sets, we now have a chance of spending it more cleverly by watching this pretty unique documentary from across the forest. It is available on DVD for $9.99 plus shipping from the web site, which contains more information. I recommend supporting the project by purchasing the DVD. 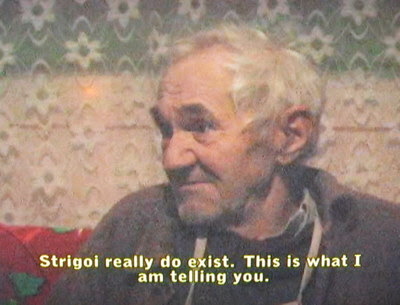 The French publisher, Editions Jérôme Millon, who have published Calmet, Ranft as well as Cathelinot's Réflexions sur le Traité des Apparitions de dom Calmet, has published the 1599 book on lycanthropy: Discours de la lycanthropie by Beauvoys de Chauvincourt. The web site has this to say about the book (in French):

Predrag Djordevic, an experienced tourist guide in Serbia, has suggested that he can arrange a tour of vampire related sites as well as other exciting places in Serbia if an adequate number of people are interested.

The tour would probably last 4-5 days and could e.g. be in June or September of 2010. Those participating would have to arrange individual travel to and from Belgrade, but otherwise a tour by air conditioned bus would include:
• Sightseeing in Belgrade and information on the Belgrade Vampire
• Kisiljevo, Medvedja, and Kukljin, known from vampire history
• The mill related to the vampire Sava Savanovic
• 14th century Ljubostjinja monastery and other sights en route
• Pozarevac (Passarowitz) where the Habsburgs and Ottomans signed a peace agreement in 1717
• Conversations with locals on e.g. vampires
• Local food and wine
Depending on the interest and contributions, it is also possible to include a seminar, individual lectures or similar activities.

Djordevic and I have corresponded on the matter for some time, and we now need some feedback to gauge the interest in participating in a unique tour like the one suggested. Nothing is set, so your feedback will only state an initial interest and it will also allow you to provide additional suggestions. The date and price will very much depend on the number of participants, so no one who contacts me stating an interest in this tour has made any commitment whatsoever, only stated an interest!

This will probably be the first tour of its kind, so if we succeed in arranging it, those who participate will certainly be in for a unique experience, including exploring the actual places where vampire cases were investigated in the 18th century.

If you are interested, please contact me at niels@magiaposthuma.com as soon as possible, stating:
1) The number of people you write on behalf of
2) Whether June or September 2010 would be possible
3) If you would be interested in a seminar in conjunction with the tour
4) If you have any ideas or suggestions you would like to propose
Posted by Niels K. Petersen at 07:35 1 comment:

I would like to wish everyone a happy new year!

It is as usual an appropriate time to look back on the previous year and also a bit forward to what is coming up in the future.

For me the conference on vampirism and magia posthuma in Vienna certainly was the highlight. Made possible by Christoph Augustynowicz and Ursula Reber this was an exceptional possibility to meet others interested in the field and learn what they are working on. If you are able to read German, you should make sure to read the papers in the growing digital anthology at Kakanien Revisited!

2009 also saw the popular interest in fictional vampires in constant growth, in particular because of the incredible popularity of Twilight. Unfortunately, this does not reflect in an increasing interest in the aspects of the subject that I have written about here on the blog or that were dealt with at the conference in Vienna.

With young people in my own country reading several novels about vampires it has been annoying me that so little is available on the internet on the historical vampire in my native language, so over Christmas I have put together sort of a Danish sister web site to this blog, magiaposthuma.dk, that presents a bit of information on vampire cases, debates etc. from the 16th century and onwards. I am not entirely satisfied with the way it is presented, so I will probably do a bit more work on it.

I know that there are a few other projects that people are working on, but I am unfortunately not able to provide any definite information at the moment. As usual, I will of course post more here, when I know more :-) 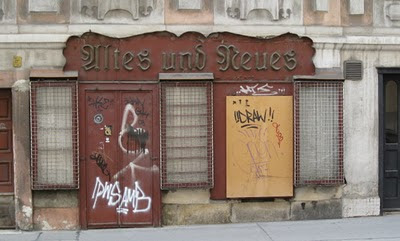