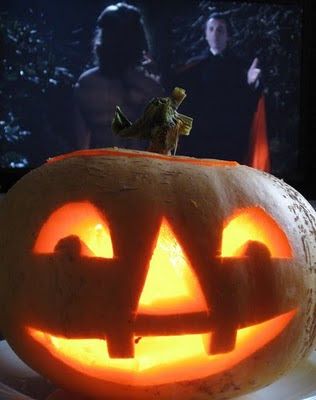 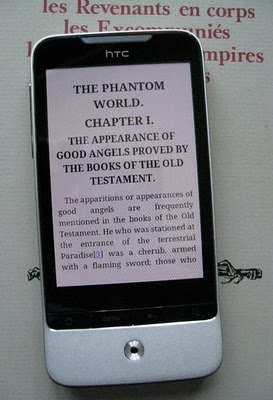 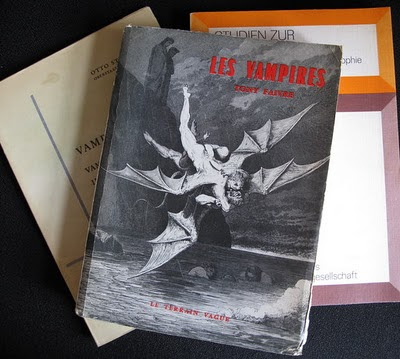 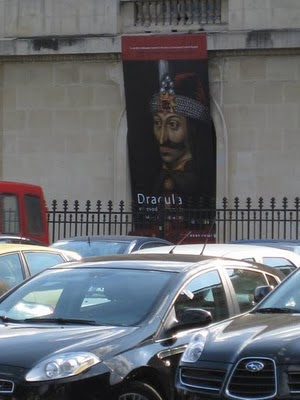 I noticed a critical commentary on the Dracula Voivod or Vampire exhibition in Bucharest:

'In the last fifty years the local culture has merged the Dracula myth with that of 15th Century Wallachian prince Vlad ‘Tepes’ Dracul– which is translated as Vlad the Impaler or, more amusingly for the English, Vlad the Prick. But there is little linking the two figures other than a shared surname. (...)

But the real victim here is Romania, which is at the mercy of two independent myths – mostly constructed by foreigners. (...)

Then the exhibition jumps into the 18th Century and enters Moravia, where it elaborates accounts of vampires. Peasants blame mysterious deaths in villages on the dead who walk at night, so they dig up graveyards and disinter bodies. When they find a corpse that has not fully decayed, the villagers chop off its head and burn the body. Villagers recount how people become hungry for human blood if they eat the flesh of an animal which a vampire has consumed or if they are buried in the same cemetery as a vampire. These accounts fuel vampire and zombie myths – but how does this relate to Vlad Tepes?

This exhibition at the National Museum of Arts makes the same mistake – it combines historical artefacts from Romania’s 15th and 16th century with the vampire legend - an 18th century construct from central Europe. Even the title confuses the casual visitor – ‘Dracula: Voievod (prince) and Vampire’, above an image of Vlad Tepes.'

I think that the exhibition could perhaps have stressed more clearly the theme of the struggle between the Habsburgs and the Ottoman Empire in South Eastern Europe as the common backdrop of both Vlad Tepes and the vampire cases of the 1730's. The exhibition follows this struggle from the days of Vlad Tepes and until the 18th century, and I think this is an interesting historical way of linking the otherwise disparate subjects of a Valachian Voivod and the 'undead' corpses that caught the attention of many people in the 18th century.

Bram Stoker wanted to place his novel in the region, but moved it from Austria to Transilvania, and most probably by chance made a link that is now part of Romanian tourism. Romania today seems to have integrated so many elements of popular Western culture that you can easily find translations of various vampire novels in their bookstores, including a Romanian translation of Dacre Stoker and Ian Holt's 'sequel' to Stoker's Dracula: Dracula, mortul viu!