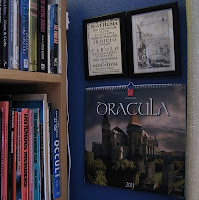 With only a few hours left of 2010, it is quite obvious that I have not been very active on this blog during the past year. I must confess that other activities have taken up most of my attention, and there is no reason to expect that this will change in 2011. This blog suffers from it, not only because of lack of time on my part, but also because my everyday activities leave me little time and energy for reading and absorbing myself in the subject of this blog. That is also why I have been so slow at reviewing some of the recent books, not least those by Florian Kührer and Nicolaus Equiamicus.

Looking back on 2010, however, there is no doubt that the most important new book is Vampire: Von damals bis(s) heute by Euqiamicus because of its accessible and comprehensive history of vampire cases from the famous ones of the early 18th century and into the 21st century. I will shortly be writing more on the book, but this is really the one single recent book to get hold of, if you are interested in vampire history.

Other noteworthy books from 2010 are Kührer's that I did get to write about, and Erik Butler's Metamorphoses of the Vampire in Literature and Film.

For me personally, the 'vampire' highlight of 2010 was travelling to Bucharest to see the exhibition on Dracula and vampires at the National Museum of Art of Romania.

Apropos of Romania, I also got to watch the movie Strigoi at a one off screening here in Denmark. It is very unusual and quite entertaining, so worth seeking out. It will be available on DVD here shortly.

No plans are yet set for 2011, but no doubt something will come up.

I wish everyone a happy new year! 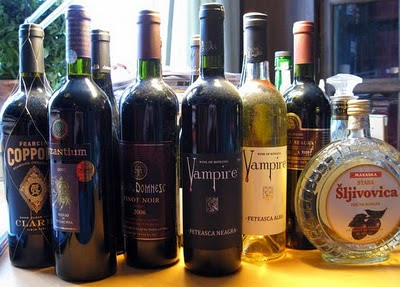 Vampires: Myths of the Past and the Future

With thanks to Jordi Ardanuy, I am able to mention this forthcoming conference at the University of London:

Vampires: Myths of the Past and the Future
An interdisciplinary conference organised by Simon Bacon, The London Consortium in collaboration with the Centre for the Study of Cultural Memory, Institute of Germanic & Romance Studies, University of London

Myths of vampires and the undead are as old as civilisation itself, wherever humans gather these ‘dark reflections’ are sure to follow. Whether as hungry spirits, avenging furies or as the disgruntled dearly departed, they have been used to signify the monstrous other and the consequences of social transgression. Embodying the result of a life lived beyond patriarchal protective proscription that quickly changes from dream to nightmare and from fairy tale to ghost story.

However their manifold and multifarious manifestation also provides a point of opposition and resistance, one that subverts majority narrative and gives agency to the disenfranchised and oppressed within society. This is seen most clearly in the late twentieth century where, in a plethora of filmic and literary texts, amidst a growing ‘sympathy for the devil’ the vampire is constructed as a site of personal and social transition. Here alternative narratives (e.g. feminist, ethnic, post-colonial discourses etc) find expression and ways in which to configure their own identity within, or in opposition to, the dominant cultural parameters revealing hybridity as the catalyst for future myth making.

In the course of the past century the vampire has undergone many transformations which now see them as a separate evolutionary species, both genetically and cybernetically, signifying all that late capitalist society admires and desires thus completing its change from an abhorational figure to an aspirational one; the vampire is no longer the myth of a murky superstitious past but that of a bright new future and one that will last forever.

This interdisciplinary conference will look at the various ways the vampire has been used in the past and present to construct narratives of possible futures, both positive and negative, that facilitate both individual and collective, either in the face of hegemonic discourse or in the continuance of its ideological meta-narratives.

Possible themes include but are not limited to:

Papers will also be considered on any related themes. Abstracts of 300 words should be submitted to Simon Bacon at vampiremyths1@googlemail.com no later than April 30th 2011.
Posted by Niels K. Petersen at 17:22 No comments: