Although historically it has nothing to do with vampires, it is hard for someone interested in that subject not to be intrigued by the history and legends surrounding Elisabeth/Erzsebet Báthory. Through modern books on vampires she has become inseparably connected to the subject of vampires, and by itself it is interesting to try and understand how much of the myth is actually based on historical reality and how the legends about blood baths and other cruel acts arose and developed into the ‘Blutgräfin’, blood countess, of contemporary fiction.

Michael Farin compiled a comprehensive anthology of texts and documentation in his 1990 Heroine des Grauens: Elisabeth Báthory, which is available in a slightly updated edition from 2003. In English, the most recent biography is Infamous Lady: The True Story of Countess Erzsebet Bathory by Kimberly L. Craft, which was published last year and probably incorporates and comments on material from Farin’s book as well as Tony Thorne’s Countess Dracula: The Life and Times of Elisabeth Báthory, the Blood Countess (1997). 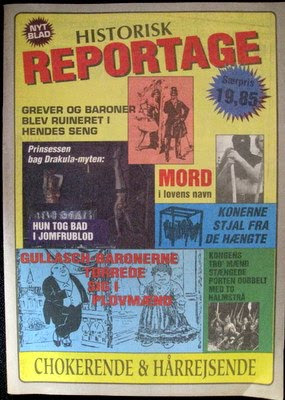 Although the actual acts of the trials against Bathory were made available to the public in the 19th century, the idea of the blood bathing countess has persisted, and Bathory appears to be increasingly popular in fiction. Prudence Foster mixed von Schertz’s Magia posthuma with Bathory in the 1989 novel Blood Legacy, and Georges Pichard made a comic book edition of Sacher-Masoch’s short story on Bathory in 1985, La comtesse rouge (some images from an English translation can be found here). Most recently she played a central part in the 'official sequel' to Dracula. 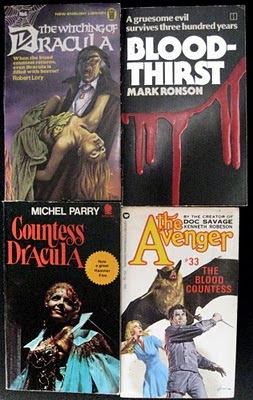 In the cinema, a couple of dramas have been made over the last couple of years, The Countess and the Czech Bathory which should finally be available on German DVD this summer, plus various vampire movies like Eternal (2004). But the most famous are probably still Les lèvres du rouge (1971), Countess Dracula (1971), and Contes immoraux (1974), although only the latter two attempt some kind of 'historical' portrayal.

Contes immoraux was released on DVD here in Denmark recently, so I had a chance to view it for the first time in many years. More like a series of tableaux, there is little storyline in the film’s four parts, of which the third concerns Bathory. In fact, the raison d’être of the movie seems to be to show a lot of young women with little or no clothes on. Most of the Bathory sequence shows a number of these young women bathing for a long, long time to clean themselves before providing the sanguineous liquids for the bath of Bathory (played by Pablo Picasso’s daughter, Paloma, apparently her sole attempt at acting). There is given no explanation for the blood bath, so the viewer is assumed to know the legend, perhaps from Sacher-Masoch or from a popular book by Valentine Penrose, Erzsébet Báthory – La Comtesse sanglante, published in France in 1962.

In all fairness to the director, Walerian Borowczyk, I should add that I found his (in)famous and very explicit La Bête (1975), which was also released on DVD here, far more entertaining and innovative than his imho slightly boring 'immoral tales'. 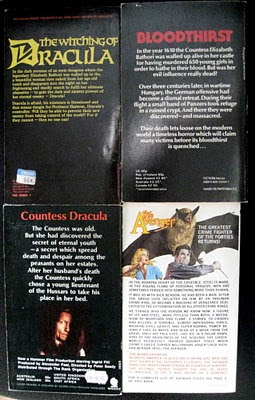 For this post I have taken some photos of novels that I collected many years ago that exploit the legend. Click on the photos to read the spine tingling attempts at whetting your appetite for new tales of the 'blood countess'. I also found an old Danish magazine of 'chocking and hair-raising' historical sensationalism which includes the story of 'Prinsessen bag Drakula-myten: Hun tog bad i jomfrublod': The princess behind the Dracula myth: She bathed in virgin blood.

And so the cultural archaeologist may find some entertainment and inspiration for the holidays below... 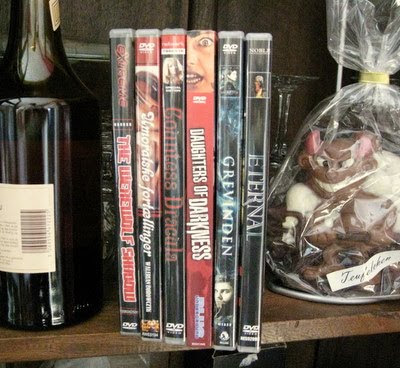