The opposite of glitzy and sexy

From the Smithsonian magazine October 2012. Cf. 'Ever heard of Jewett City vampires?'
Posted by Niels K. Petersen at 15:21 No comments: 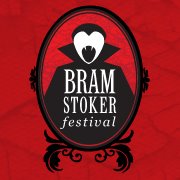 The Bram Stoker Festival takes place in Dublin on 26 to 28 October. The program has just been revealed on the festival web site, and includes an exhibtion on Stoker's life as well as panels on Fatal attraction: What is it with vampires? and What lies beneath? Dracula and its legacy, featuring a.o. Stoker biographer Paul Murray.

The three-day festival will peel back the layers of the city to reveal Stoker's Dublin. Prepare for a weekend for all the family with walking tours through the lane-ways and hidden steps of the Victorian macabre aspect of the city; literary workshops exploring horror writing with award winning authors for both teens and adults; Stoker-themed theatre, lively discussions on all things vampire, and a highlight being an evening of spooky spectacle from renowned street theatre company Spraoi in the majestic surroundings of Dublin Castle.

Whether you're a city dweller, or a visitor to Dublin for the weekend, the inaugural Bram Stoker Festival is sure to chill your bones in time for Halloween!'
Posted by Niels K. Petersen at 19:40 1 comment:

Count Orlock and his contemporaries 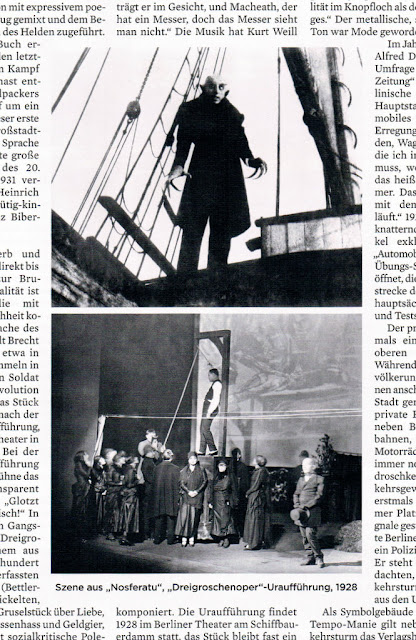 I have previously praised the brilliant German magazine Der Spiegel Geschichte. The current issue (no 5, 2012) concerns the history of Berlin, and the topic of one article is the avantgarde and decadent culture of post-WWI Berlin. Friedrich Murnau's Nosferatu is mentioned as an example of the new medium of cinema, a film that in gesture and make-up takes atmospheric expressionism as far as can be endured. The article sets the silent masterpieces of German cinema into the cultural context of artists like Brecht, Dix and Kafka. Clips from Nosferatu and other films from the era can be seen in this video from Der Spiegel.