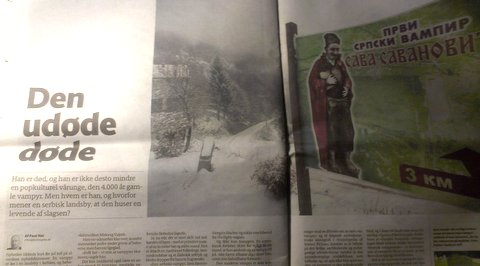 The story about Zarožje and Sava Savanović made it into a relatively long newspaper article in a major Danish newspaper on December 26, partially based on Vampire Forensics by Mark Collins Jenkins. Author James Lyon who has commented on the story here, sent me some photos from a visit to Zarožje a couple of weeks ago, and now he has also written about it on The Vampirologist blog. Go there to read more about Zarožje and the legend of Sava Savanović as recounted to Lyon by the mill's owner, Slobodan Jagodić.
Posted by Niels K. Petersen at 07:07 No comments: 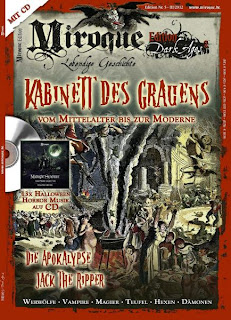 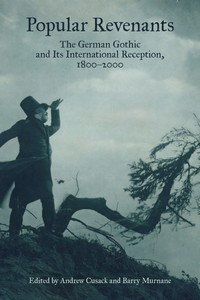 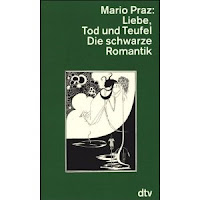 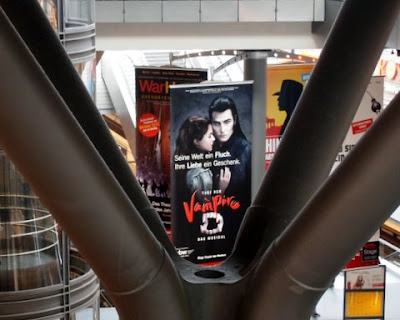 Arriving at Hauptbahnhof, the main railway station, in Berlin, one in instantly met by vampires in the form of huge adverts for the Tanz der Vampire musical, currently performed at Theater des Westens. The photos were taken earlier today after some days of vacation in that city. Unfortunately, I did not find time to go to see the musical. However, I must admit that I am a bit wary of that kind of thing, although I enjoyed Polanski's film. 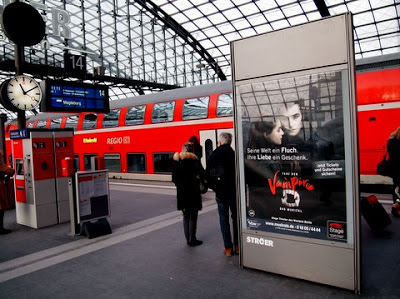 James Lyon, author of Kiss of the Butterfly, has kindly reported more information on the subject of my previous post, cf. his comments to that post, while the story of the purported 'vampire alert' has spread to various media, including a tabloid in my own country, B.T.

The gist of the matter still seems elusive, but here is a video from the vicinity of Zarozje.


According to the Associated Press:

'Richard Sugg, a lecturer in Renaissance Studies at the UK's University of Durham and an expert on the vampire legends, said the fear could be very real. Stress can bring on nightmares, which makes people's feelings of dread even worse.

"The tourists think it is fun — and the Serbian locals think it's terrifying," he said.'

Sugg is the author of Mummies, Cannibals and Vampires: the History of Corpse Medicine from the Renaissance to the Victorians and is currently writing Faces of the Vampire: from Holy Terror to Sexual Taboo.
Posted by Niels K. Petersen at 20:17 1 comment: