Another year is coming to an end, and looking back through the numerous blog posts from this year it's obvious that a few things have happened in 2008.

Personally I have had the opportunity to visit a couple of cities that play important roles in the history of magia posthuma: Leipzig and Vienna. I have also had opportunity to meet a few people who share an interest in the subject and to correspond with others.

A couple of other blogs have surfaced. Most notably the blog of Nicolaus Equiamicus whose web site has become an important internet resource for material on vampires and werewolves.

A few books have been published on vampires: Blutspuren by Hagen Schaub and Vampire! Vampire! by Markus Heitz are two of the most important in German, and to my knowledge only one really relevant book has been published in English: From Demons to Dracula by Matthew Beresford. On the subject of (the fictional) Dracula Bram Stoker's Notes for Dracula finally provided us with the full insight into the genesis of this novel, and Leslie Fiedler was able to shed more light on the genesis, as he was able to peruse the original manuscript for his New Annotated Dracula.

On a more disappointing note, I looked at a number of documentaries on vampires, including the curious Der Vampir Prinzessin. For some reason, all these documentaries tend to mix fact and fiction, consequently blurring the boundaries between the historical and the fictional vampires.

Hopefully, 2009 will see a new edition of Peter Kremer's book on revenants, Draculas Vettern, but otherwise I'm not sure what to expect of new books. A conference on vampirism, however, is planned for July in Vienna!

I am unable to say if I will be able to post as frequently in 2009 as I have done throughout a number of months this year. Other parts of my life will definitely require some more time in the new year, but despite the recent decline in blog activity, I intend to keep the blog alive with news and general information on magia posthuma throughout the new year.

So I will just end the long list of 2008 blog entries by wishing you all a happy new year!
Posted by Niels K. Petersen at 15:34 No comments:

Email ThisBlogThis!Share to TwitterShare to FacebookShare to Pinterest
Labels: 2009, blogging

The Cultural History of Revenants 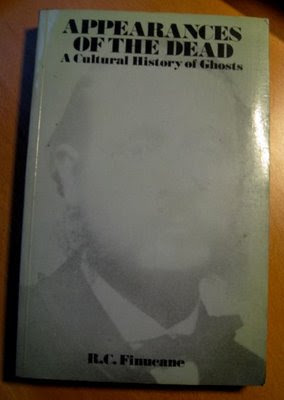 ’Three main problems are considered in the following pages: how the dead have been perceived in Western European traditions; what changes have occurred in these perceptions through the centuries; and why these perceptions have altered. We shall examine descriptions of apparitions – their form as well as their function – from classical times, from the Middle Ages and then from each succeeding century down to the present day.’

R. C. Finucane’s Appearances of the Dead: A Cultural History of Ghosts (Junction Books, 1982) certainly came in handy when I was looking for an overview of the historical development of revenant beliefs from the Middle Ages and onwards. Actually, I don’t recall seeing any other study focusing on the development of the perceptions of the dead over such a long period, as the above quote from the introduction outlines. Unfortunately, Finucane’s book also has some serious shortcomings, the major of which is described in the lines that follow the above quote:

’In a probably vain attempt to impose some sort of order upon so vast a subject, from the sixteenth century onwards the survey is limited to England and English reports of apparitions, though examples will be drawn from Continental material (especially French) from time to time.’

Consequently the period that is of particular interest to the history of vampires is viewed only from an Anglocentric point of view, leaving only room for just a couple of non-English authors, including Augustin Calmet, in the chapter on the era of Enlightenment.

Furthermore, Finucane appears to be relatively unfamiliar with many of the perceptions about the dead that were common throughout Europe like e.g. sounds of mastication coming from graves, in fact he doesn’t attempt to trace their origins beyond standard literary texts like those of classical authors.

Originally published in 1982 and reprinted a number of times, it obviously does not contain any of the insights provided by later research on e.g. the medieval perceptions of the dead. Still, Finucane does outline a lot of the literature as seen from an English point of view, and consequently provides us with a ’first approximation’ to a cultural history of ghosts.
Posted by Niels K. Petersen at 10:00 No comments:

It's christmas day and I'll just wish you all a merry christmas! As noted before, December has been a busy time, and consequently very few posts. However, I plan to write a couple of posts over the next few days. 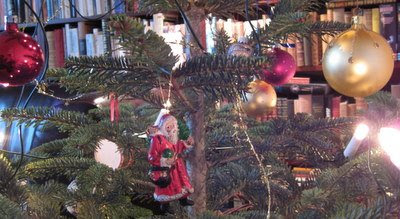 Now you can find (and if you read Danish, you can read it as well) the newspaper article online that I referred to recently.
Posted by Niels K. Petersen at 06:38 1 comment:

Email ThisBlogThis!Share to TwitterShare to FacebookShare to Pinterest
Labels: newspapers

December is always a busy month, so I have found little time for posting, alas, even very little time for the subject of magia posthuma itself. Anyway, here you will find an interview (in German) with Nicolaus Equiamicus about his books and work. The interview even reveals a couple of facts about the person behind the pseudonym :-) Furthermore, I myself was interviewed for a major Danish newspaper the other day, so a few words on the history of vampires will hopefully find their way to an article that otherwise concentrates on cinematic vampires. On a smaller scale, I recently helped out a youngster on the other side of the globe with an interview on vampires for a school project...
Posted by Niels K. Petersen at 21:44 No comments:

Although this blog only incidentally - although more so lately than otherwise - touches upon the more fictional aspects of the subject of posthumous magic, I find it appropriate to mention the recent death of Forrest J. Ackerman (1916-2008). Anyone who got interested in the cinematic vampire at some time during the period from the late 1950's to the 1980's will probably have read at least one issue of Famous Monsters of Filmland edited by 'Forry', who also liked to use various pseudonyms like 'the Ackermonster' and 'Dr. Acula'. He was particularly known for his huge collection of more or less anything related to those genres, including a certain ring!

It felt like Ackerman had more or less been there always in the world of science fiction, fantasy and horror 'fandom', as he contributed to fanzines from the early 1930's, but now we know that Dr. Acula was in fact mortal like the rest of us. R.I.P.
Posted by Niels K. Petersen at 19:03 2 comments: 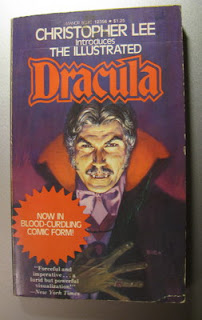 In a comment to my recent post on the origins of Van Helsing, Leon asks about the comic book that I used for an illustration. Well, it's a comic book adaptation of Bram Stoker's Dracula that I first read in a Danish translation, but the English languaged edition I own is a paperback with an introduction by Christopher Lee called The Illustrated Dracula 'now in blood-curdling comic form!' drawn by Alden McWilliams and written by Otto Binder and Craig Tennis. It was published by Manor Books Inc. in 1975, but the copyright year is 1966, so it was probably published elsewhere back then.

In the foreword, Lee writes:

'Whether or not there is a living Dracula in our midst, it is an accepted historical and medical fact that vampirism has existed throughout the centuries. There is abundant evidence in all corners of the world of the power of blood; savage tribes still practice blood cults, and the drinking of blood is believed to endow the recipient with great power and virility. Psychiatrists tell us of the strong sexual impulses involved, and there have been countless documented cases of rites and crimes carried out as symbols of fertility. Even a blood transfusion is the giving of life and strength from one to another. It is no wonder, therefore, that superstition endows the vampire with the power to live forever. Even though dead, he is still very much alive.'
Posted by Niels K. Petersen at 20:16 No comments:

I saw this book in a bookshop today: Book of the Vampire by Nigel Suckling (it almost sounds like a pseudonym chosen for the subject, but I don't think it is). It does contain some nice, original illustrations, but otherwise it looks like a rehash of the usual old stuff about Vlad, Bathory, mass murderers, Montague Summers and various folkloric vampires. According to various reviews like this one, it's probably a pleasant read and a nice introduction for those with a casual interest, but I refrained from spending 210 DKK on it (nearly € 30). I did however buy Stephenie Meyer's Twilight. After my recent brief foray into the subject of paranormal romance, I am intrigued to find out a little more about this bestseller...