Vampire: Monster - Mythos - Medienstar by Florian Kührer, Mag. Phil. at the University of Vienna with a background in Romanian history, is published by Butzon U. Bercker this June:

Der Vampir sind wir: Die Erfolgsgeschichte eines unsterblichen Mythos by Rainer M. Köpl is published by Residenz Verlag on September 15. Köpl is professor at the Institut für Theater-, Film- und Medienwissenschaft at the University of Vienna and is probably best known for his contribution to the Vampir Prinzessin documentary which he hosted. The book is advertised this way:

Another book that is out in September is Dracula-Mythen und Wahrheiten: Ein Handbuch der Vampire by Christine Klell and Reinhard Deutsch. Published by Styria Im Styria Pichler, this one should be some kind of encyclopaedic handbook:

Finally, also in September another reprint of Sturm and Völker's classic anthology Von denen Vampiren oder Menschensaugern is published by Unionsverlag. This is definitely one of the most reprinted books on vampires ever, and deservedly so, although it is somewhat dated now. 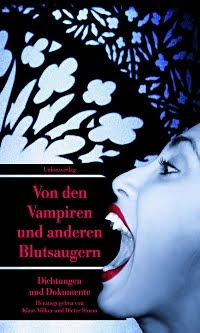 A visit to Leiden 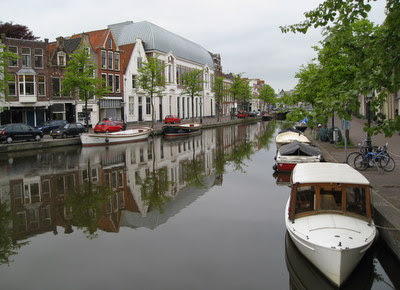 While staying in Amasterdam for a couple of days, I spent some hours in Leiden, the birthplace of Gerard van Swieten. Just half an hour by train from Amsterdam (and ten minutes from Schiphol airport), it was quite easy to go there for some sightseeing. There is a route that takes you on a walk lasting about two hours around town, the 'Leidse loper'. 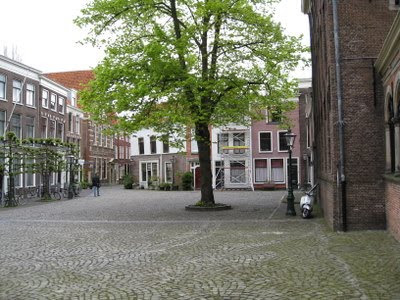 I was there on Ascension Day, and people were at church, so it was probably a very quiet Leiden I visited. Unfortunately it was grey and pretty cold, but it was a very welcome change from the busy capital. One of the places you pass by on the walk is the old prison with a square where people were executed, as seen in the photo above. One of the houses in the background is the old Latin School where Rembrandt was a pupil. Unfortunately, I am not that well versed in van Swieten's biographical history, so I am not quite sure whether he was a pupil there as well. 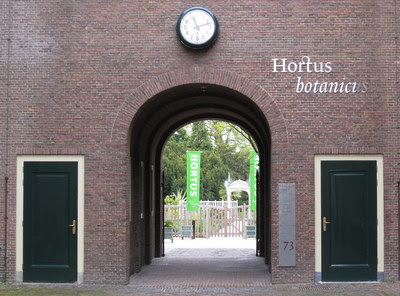 One is left in no doubt of Leiden's role in the advancements of science, especially if you visit the old botanical gardens from around 1590, and the Boerhaave museum. The museum traces the scientific revolution in various sciences, including physics and medicine, and anyone who has studied e.g. mechanics will enjoy studying the experimental setups on display. And everyone will be horrified to see the surgical instruments on display. On exhibit is a reconstruction of the Leiden Anatomy Theater, originally constructed in 1593 and displaying various human and animal skeletons:

'In 1593 the University of Leiden was one of the first to build an anatomy theatre in Europe. It was constructed in a former church, which had fallen to the city of Leiden after the Reformation.

In the winter the professor of anatomy conducted public dissections of corpses. During the summer months there was no teaching and the theatre was turned into a kind of museum containing human and animal skeletons. There were also curiosities such as Egyptian mummies and Roman antiquities. It was a place where visitors could stand in amazement and ponder the transience of life.

In the 19th century the anatomy theatre closed down, leaving no trace. What you see here is an actual-size reconstruction of how it must have looked in about 1610, based on manuscripts and prints. The skeletons are also modern, but a few of the curiosities have survived.' 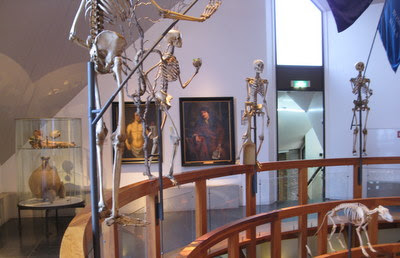 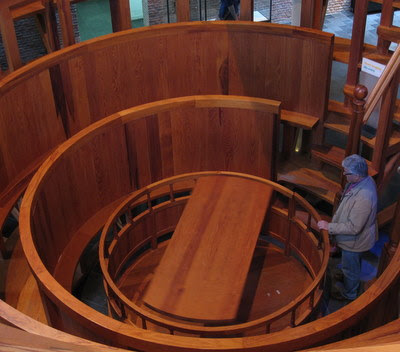 I noticed no mention of van Swieten anywhere, but popular vampires had, of course, set their mark, in this case on a bag on display in a shop window as seen below. 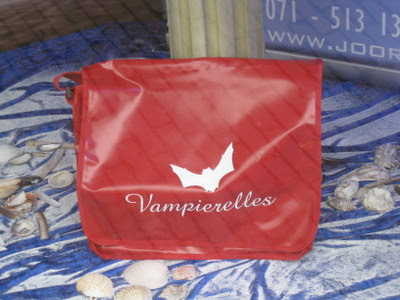 The Blood Countess needs your support :-)

If anyone is interested in supporting an opera about Erzsebet Bathory, here is your chance:

Email ThisBlogThis!Share to TwitterShare to FacebookShare to Pinterest
Labels: Bathory

Yet another Czech 'vampire' found

Javier Arries points out to me that there are in fact no less than two recent archaeological finds that may document beliefs in revenants. Apart from the find in Hradék nad Nisou, a more recent one was done in Modrá, known in German as Neudorf, located in Moravia in the South Eastern part of the Czech Republic. You can find more information on the history of Modrá here.

The news about this find is, unfortunately, not available in English, but here is the Czech news story dated May 4 2010: 'V Modré objevili archeologové hrob tzv. vampýra', an interview with the archaeologist Miroslav Vaškových, so here the word vampire, and not upir, is actually used. From what I can gather, the indications of revenant belief includes that the corpse was prevented by stones from exiting the tomb, and that the skull should have been crushed on purpose.