The very best from Vienna, Austria

I found your Blog and think that our elib.at focus on vampires might
also interest you. We provide OCR of source texts, scientific articles
and links about vampires in english and german.

I actually knew about this site, but now that you have contacted me - and thanks for linking to my blog! - I might as well spread the message :-) Although in German, you don't really have to understand the language to use this resource for internet information about vampires!
Posted by Niels K. Petersen at 13:56 No comments:

An even smaller vampire booklet

Rob Brautigam has sent me a couple of scans of a vampire book that is even smaller than the one mentioned in my previous post. 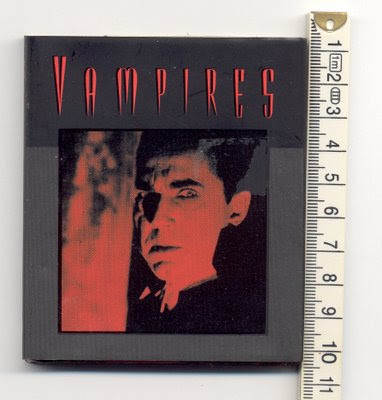 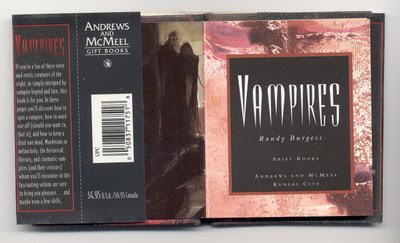 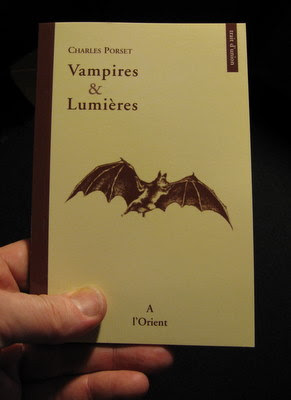 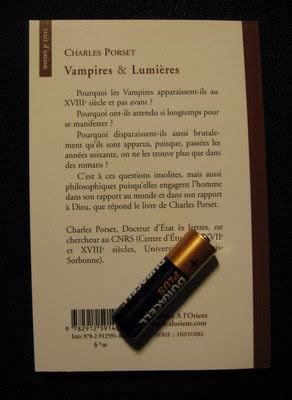 The Vampire Bites Back?

Leon has pointed to some news in archaeology that is supposed to relate to a belief in vampires.

The original work was presented by Emilio Nuzzolese and Matteo Borrini at the 61st Annual Meeting of the American Academy of Forensic Sciences in February as a poster in the field of odontology entitled The Vampire Bites Back in Odontology and Anthropology: Case Report of Skeletal Remains on Nuovo Lazzaretto Island, Venice.

The find is the skeleton of a female buried in a mass grave in Venice in 1576 with a brick forced into her mouth, and the theory seems to be that this must have been done to avoid her from e.g. eating her shroud enabling her to harm the living. If that should indeed be the case, it is a belief that is related to various sorts of revenants including vampires, but of course, vampires as they came to be known in the 18th century were not known in Venice in the late 16th century.

I find it hard to be really sure what to think of it from just the news stories available on the internet, so hopefully more exact information will be available.

'Vampires are the hottest topic in popular culture today. From the now classic novels of Anne Rice, to the mega-selling series by Stephanie Meyer to the hit HBO series “True Blood” based on the bestselling novels of Charlaine Harris, the undead are certainly not dead in terms of books sales.'

This is from an e-mail from Amazon urging me to buy the new edition of the book below. I doubt that I will, but it is true that vampires are popular: Here in Denmark the local translation of Stephanie Meyer's Twilight is seen in big stacks in the book shops. 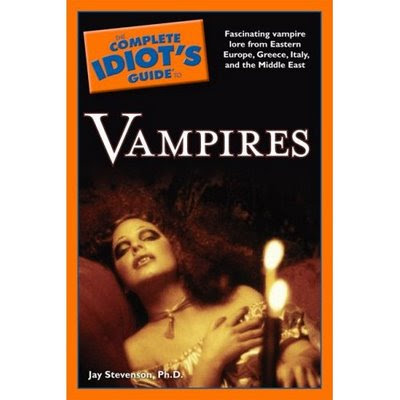 'I know it may sound crazy, of all things to ask this is probaly a little out there. But there is a recipe for some type of paprkia chicken I do believe in the Annoted Dracula, is there any way you could email me the recipe?'

Perhaps not so crazy after all. In my youth I tried cooking this dish for a dinner in the company of other people interested in Dracula and vampires. Well, I didn't have so much experience in preparing food back then, but I knew about the recipe from Leonard Wolf's The Annotated Dracula.

The dish is referred to at the very beginning of the novel:

'We left in pretty good time, and came after nightfall to Klausenburgh. Here I stopped for the night at the Hotel Royale. I had for dinner, or rather supper, a chicken done up some way with red pepper, which was very good but thirsty. (Mem., get recipe for Mina.) I asked the waiter, and he said it was called 'paprika hendl' and that, as it was a national dish, I should be able to get it anywhere along the Carpathians.'

Clive Leatherdale says that the dish is described in two of the books mentioned in Stoker's list (see my preceding post). Leslie Klinger mentions a modern lower-cholesterol version in his The New Annotated Dracula, and you can no doubt find numerous recipes on the internet, like this one and even this, both with reference to Dracula.

The one quoted by Leonard Wolf is from a book called The Art of Viennese Cooking by Marcia Colman Morton:

Cut chicken into serving pieces, and salt. Lightly brown onions in fat. Blend in half the paprika. Add tomato juice and chicken. Simmer, covered, 1 hour or until tender. Remove chicken. Add remaining paprika to sauce, then add the flour beaten into sour cream. Simmer, stirring, 5 minutes or until well blended. Put sauce through sieve, food mill or blender. Heat chicken and puréed sauce together over low flame. Arrange chicken on warm platter. Pur half the sauce over, pass the rest separately in a sauceboat. Serve with Flour Dumplings.
6 servings' 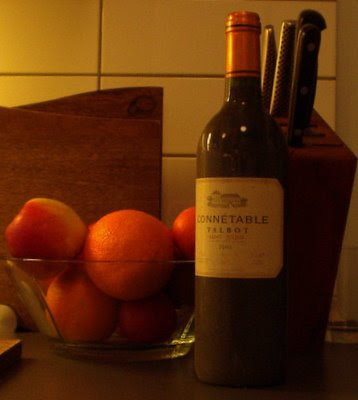 I am always happy to try to answer questions from people. Today I received two questions concerning Dracula, and thought that the answers might be of both information and entertainment to other readers.

Here is the first question and answer.

... I am a historian and archeologist in Brazil, and I am finishing my Master Degree with a thesis about the influences of Sabine Baring-Gould's Book of Werewolves in Bram Stoker's Dracula.

I read in McNally & Florescu's In Search of Dracula and Other Vampires that there is a note in Rosenbach Foundation Stoker's Notes that says that Bram Stoker read the Book of Werewolves before writing his book... But I cannot find any source in internet with this passage...

This prompted Leslie S. Klinger, author of The New Annotated Dracula to write:

'Please advise your correspondent that indeed Stoker did consult Baring-Gould's "Book of Werewolves"--it is on the list of reference books included in his notes, held at the Rosenbach Museum. I believe that the complete list is included somewhere in my book, and it is also reproduced in Clive Leatherdale's "Dracula Unearthed."'

In fact, the facsimile edition of Bram Stoker's Notes for Dracula reproduces the list of books that includes not only Baring-Gould's book on werewolves, but also his Curious Myths of the Middle Ages and Germany: Past & Present (p. 172-3).

On pages 128-131 you find the proof that Stoker did read Baring-Gould's book: Stoker's own notes from his reading of The Book of Were-Wolves, where he e.g. notes 'werewolf has broad hands, short fingers & has some hairs in hollow of hand p. 107', and that 'Serbs connect vampire & ww. together & call them same name vlkoslak'.

The editors of the Notes further write:

'The opening of "Dracula's Guest" echoes Sabine Baring-Gould's introduction to The Book of Were-Wolves, which was one of Bram Stoker's earliest and most important sources.' (p. 279-80)

'The Rev. Sabine Baring-Gould's The Book of Were-Wolves contains numerous descriptions which Stoker appropriated for his vampire: canine teeth, pointed nails, hairy palms and the ability to change form.' (p. 284)

The Notes are highly recommended, as are the books mentioned by Klinger. If you require more information, feel free to contact me by e-mail (see my profile). 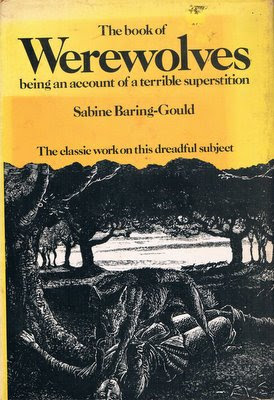 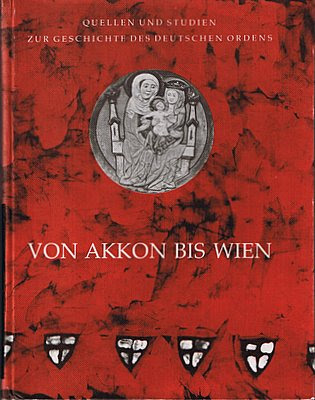