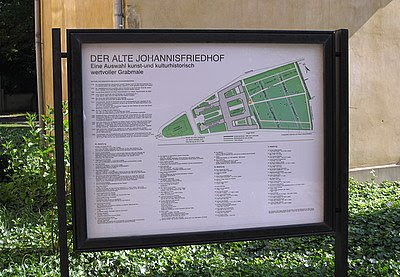 When I visited Leipzig, I was obviously looking for traces of some of the people who were involved in the vampire debate of the 1730'ies. So I went to have a look at Leipzig's old graveyard, the Alte Johannisfriedhof. Unfortunately, this graveyard has experienced a lot of turbulence over the centuries since it was founded in the 14th century. The ground that used to be the oldest part of the cemetery is now the site of a building housing three museums. Consequently, most graves are from the 19th century, and the few older ones aren't in the best shape. 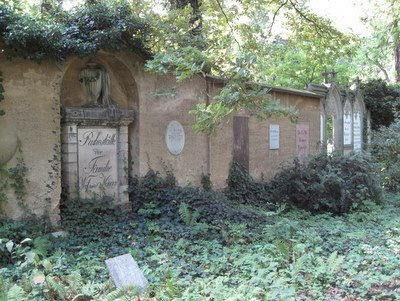 You can, however, still find graves of well-known people at The Alter Johannisfriedhof, e.g. famous German publishers like Brockhaus and Reclam. The grave of Johann Heinrich Zedler unfortunately no longer exists. As the cemetery is located quite close to the city centre, you can easily go there for a walk around the relatively limited area, and perhaps a visit to the three Grassi museums. 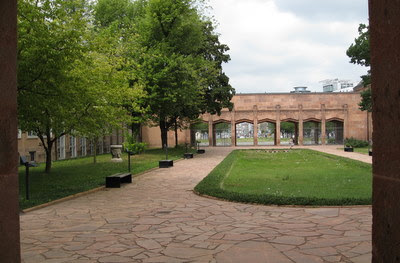