The secret capital of vampire theory 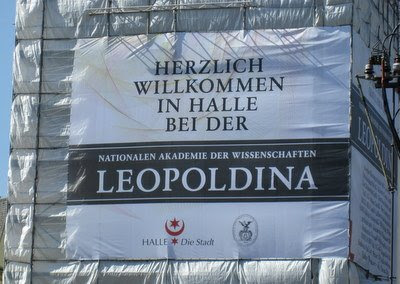 Thus from the point of view of Klaus Hamberger in Mortuus non mordet: Although not one single vampire treatise was published there - disregarding W.S.G.E., who Ranft spontaneously assumes to be a »Medicus from Halle« - Halle became the secret capital of vampire theory, and Professors from Halle engaged themselves in three very different views on vampirism.

These three views were, again according to Hamberger:

Arriving at the main railway station in Halle, just a little over half an hour by train from Leipzig, on the way to the center one is greeted by the names of all the above mentioned prominent scholars of the University at Halle, founded by Thomasius in 1694. Other names and faces include the famous August Hermann Francke (1663-1727) who was a pietist founder, and various other famous people related to Halle like Johann Friedrich Struensee (1737-1772), who became a powerful minister in Denmark carrying out enlightened and progressive reforms before his downfall and execution by beheading.

Halle certainly is very different from the apparently more affluent Leipzig with its building sites and many shopping arcades. According to a television programme on the German mdr station that was shown while I stayed in Leipzig, Leipzig is the second most popular city for tourists in middle Germany (Dresden being the one visited by most tourists). Halle probably doesn't get the number of tourists it deserves, but of course that may change. It seems more quiet and provincial than Leipzig, but still it's the home of a university, and here you can see the actual death mask of Martin Luther himself along with a pulpit he used. 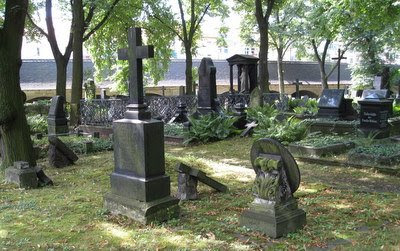 Halle also is the home of a remarkable cemetery, the Stadtsgottesacker. Most graves are from the 19th century, but you can also find older graves like those of the above mentioned Francke, Thomasius and Hoffmann.

I may have overlooked older buildings, but the university buildings I saw were from the 19th century, so I didn't get to see any buildings that were used by the scholars of the 'secret capital of vampire theory'. But Halle is definitely worth a visit, if you happen to be in the area.

More about some of the above mentioned scholars will follow in future posts. 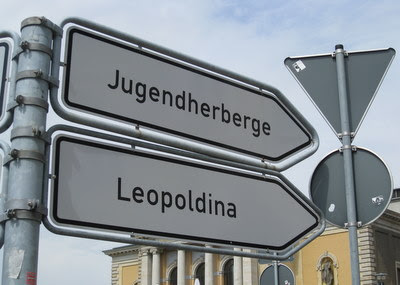