Speaking of documentaries about vampires and Magia Posthuma, below you will find a clip from the History Channel documentary Vampire Secrets that dramatizes chapter 8 of Calmet's volume on revenants and vampires, Morts de Hongrie qui sucent le sang des vivants (Dead persons in Hungary who suck the blood of the living).

The original source in the translation of Henry Christmas:

About fifteen years ago, a soldier who was billeted at the house of a Haidamaque peasant, on the frontiers of Hungary, as he was one day sitting at table near his host, the master of the house saw a person he did not know come in and sit down to table also with them. The master of the house was strangely frightened at this, as were the rest of the company. The soldier knew not what to think of it, being ignorant of the matter in question. But the master of the house being dead the very next day, the soldier inquired what it meant. They told him that it was the body of the father of his host, who had been dead and buried for ten years, which had thus come to sit down next to him, and had announced and caused his death.

The soldier informed the regiment of it in the first place, and the regiment gave notice of it to the general officers, who commissioned the Count de Cabreras, captain of the regiment of Alandetti infantry, to make information concerning this circumstance. Having gone to the place, with some other officers, a surgeon and an auditor, they heard the depositions of alle the people belonging to the house, who attested unanimously that the ghost was the father of the master of the house, and that all the soldier had said and reported was the exact truth, which was confirmed by all the inabitants of the village.

In consequence of this, the corpse of this spectre was exhumed, and found to be like that of a man who has just expired, and his blood like that of a living man. The Count de Cabreras had his head cut off, and caused him to be laid again in his tomb. He also took information concerning other similar ghosts, amongst others, of a man dead more than thirty years, who had come back three times to his house at mealtime. The first time he had sucked the blood from the neck of his own brother, the second time from one of his sons, and the third from one of the servants in the house; and all three died of it instantly and on the spot. Upon this deposition the commissary had this man taken out of his grave, and finding that, like the first, his blood was in a fluid state, like that of a living person, he ordered them to run a large nail into his temple, and then to lay him again in the grave.

He caused a third to be burnt, who had been buried more than sixteen years, and had sucked the blood and caused the death of two of his sons. The commissary having made his report to the general officers, was deputed to the court of the emperor, who commanded that some officers, both of war and justice, some physicians and surgeons, and some learned men, should be sent to examine the causes of these extraordinary events. The person who related these particulars to us had heard them from the Count de Cabreras, at Fribourg in Brigau, in 1730.

Notice that in the documentary it is claimed that the event occurred at a place in Hungary called Haidamaque, whereas Calmet says that the soldier stayed with a Haydamaque peasant on the frontiers of Hungary (chez un paysan Haidamaque, frontière de Hongrie). Haydamaque denoting haidamakas, 18th Century Ukrainian paramilitary bands similar to the haiduks known from the Serbian vampire cases.

There is also a small error in the Christmas translation: Fribourg in Brigau is actually Fribourg en Brisgau, Freiburg im Breisgau situated in South Western Germany.

It is in fact quite curious to read Montague Summers's version in The Vampire in Europe (p. 147-9): Count de Cabreras becomes Count de Cadreras, and the events are said to occur in Haidam (!) around 1720. He even finishes his account by claiming:

The papers dealing with the case are still extant and the whole story was related in 1730 by the Count de Cadreras himself to a responsible official of the University of Fribourg who took down the details from the Count's own lips. It is hard to see how more reliable evidence is to be obtained of any happening or event.

Vampire Secrets is available on DVD. 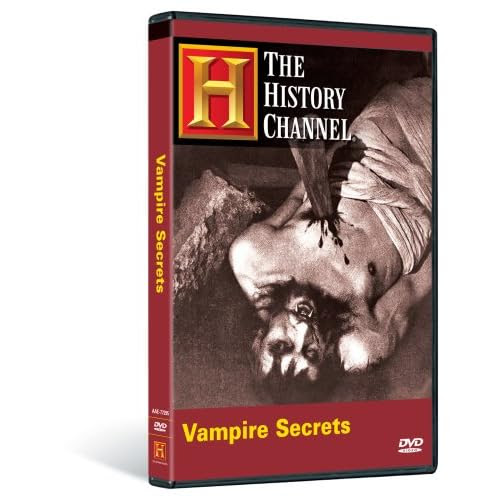 Hi,
is it possible, that Haidamaque vampire was placed in Hajdukovo, Serbia?

I found this text:
"In a certain canton of Hungary, named in Latin Oppida Heidanum, beyond the Tibisk, vulgo Teiss, that is to say, between that river which waters the fortunate territory of Tokay and Transylvania, the people known by the name of Heyducqs* believe that certain dead persons, whom they call vampires, suck all the blood from the living, so that these become visibly attenuated, whilst the corpses, like leeches, fill themselves with blood in such abundance that it is seen to come from them by the conduits, and even oozing through the pores.
* This story is apparently the same which we related before under
the name of Haidamaque, and which happened in 1729 or 1730."
http://archive.org/stream/cu31924032309761/cu31924032309761_djvu.txt

I think that Teiss can be Tisza river which is called Theiss too. Hajdukovo is near the frontiers of Hungary and Tisza river. At old maps it was propably in Hungary yet.
http://mapy.mzk.cz/mollova-sbirka/uhry/

What do you think about it?

Having a quick lookaround, I can see that Hajdukovo (Хајдуково) is in the Subotica municipality, an area known in German as the (or Sabat) region in the early 18th century. The lists I have of villages and towns in that area from that time, however, mention no name similar to Hajdukovo. According to a Hungarian web site, Hajdukovo is first mentioned in 1784. Assuming that the village name derives from the word Hajduk, I suppose this is one of the Heyduckendörfer, Hajduk villages, that existed in the area (as well as in other regions of Serbia at the time). I still think that ‘un paysan Haïdamaque’ does not point to a specific village, but that of course does not rule out the possibility that the purported revenant incident should have occurred in Hajdukovo. :-)