Prefect of the Court Library 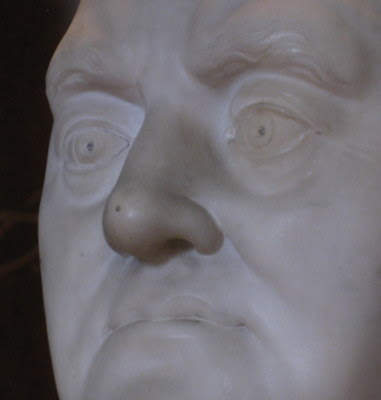 While in Vienna I revisited the 'home' of the above fellow, the bust of good old Gerard van Swieten in the Prunksaal (State Hall) of the Austrian National Library. Van Swieten was prefect of the Court Library from 1745 to 1772, and according to the museum guide, 'utilizing his contacts with booksellers in Paris, Venice and Leiden, he amassed a collection of contemporary scientific literature from across Western Europe.' 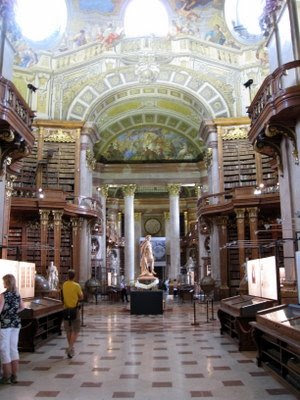 The hall itself was constructed by order of Charles VI whose statue is close to van Swieten's bust in the hall. It was built and decorated at the time of the famous Serbian cases, that is from 1723-30. In those days it housed the entire collection of the Court Library and was actually open to the public. In 1738 the Bibliotheca Eugeniana, the library of Prince Eugene of Savoy was purchased by the Emperor and installed in the hall.

Nowadays the hall is used for the National Library's exhibitions, the current concerning early geographical approaches to other continents. 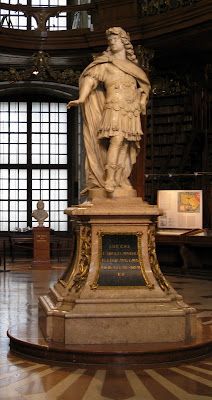