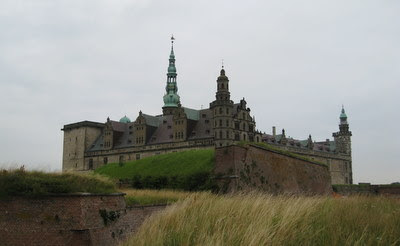 One of the most famous, if not the most famous, literary ghost is, of course, the ghost in Shakespeare's Hamlet, which is set at the Kronborg Castle in Elsinore (actually: Helsingør) here in my native country. I was there the oher day on other business, so I finally got round to visiting the castle for the first time since I was a child. A plaque reminds the numerous visitors of the relation to Shakespeare and the story of Amleth as told by Saxo Grammaticus. 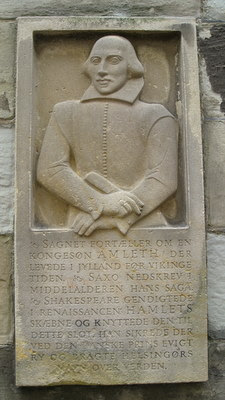 Apart from being the literary site of what has become clichés like e.g. the one about there being more things in heaven and earth than is dreamt of in Horatio's philosophy, Kronborg's for centuries was used to guard the passage in the sound between Denmark and Sweden allowing for demanding sound dues of the ships passing through. 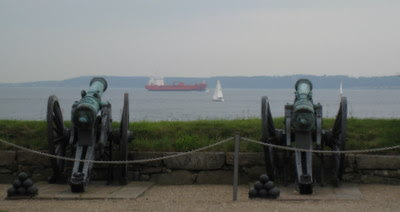 In the casemates below the castle a statue of Holger Danske (Ogier the Dane) who according to the legend will come alive and save Denmark if needs be. 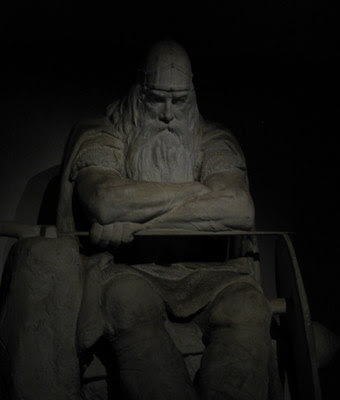 At the castle I noticed a small painting of one of the persons whom I have occasionally mentioned on this blog: Maria Theresa being crowned with laurels by Wisdom, painted in 1744 by Johann Georg Dathan.
Posted by Niels K. Petersen at 10:15