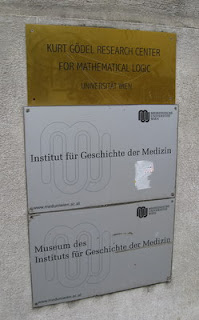 Next to van Swieten Gasse on Währinger Strasse in Vienna lies the so-called Josephinum. The building was designed to house the Medical-Surgical Academy that opened in 1785 during the regin of Maria Theresa's son, Joseph II, hence the name (today probably best known by many people via Amadeus). Today the building houses the Institute for the history of medicine, the Kurt Gödel Research Center for Mathematical Logic, and - the part that is open to the public: the Museum of the Medical University.

As vampires were of particular interest within the field of medicine in the 18th century it is naturally of some interest to see the parts of the exhibition concerning that century. Actually, the first person one meets in the room concerning the earliest history of Viennese medicine is none other than Gerard van Swieten!

The museum then follows the development of medicine in Vienna. The exhibition is pretty old fashioned, but that suits the subject and surroundings pretty well. In fact, I don't think this is one of the most popular museums, and there was only one other visitor while I was there. 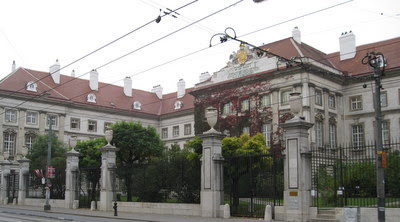 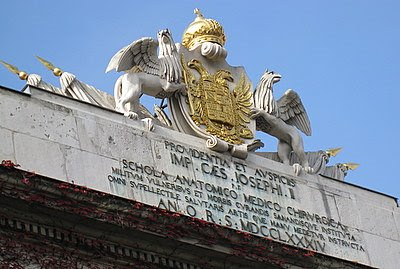 The most spectacular part of the exhibition is a very large collection of anatomical wax models made in Italy in the late 18th century. It's quite incredible to see the meticulous work put into making these remarkable and colourful models of human intestines, veins, tissue, skeleton etc.

As photography is not allowed in the museum, I am unable to show any photos of the van Swieten material exhibited or of the wax models apart from the one below that I have borrowed from the web site of the Josephinum.