The peasant and the count 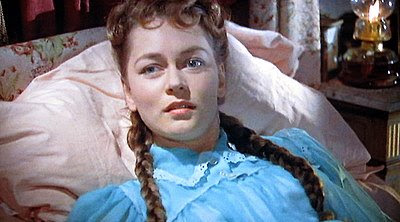 (John Polidori's) '"The Vampyre" transformed the revenant of folklore from a lumbering peasant who returned from the grave to attack family and friends into a nobleman who frequented fashionable clubs and wandered the globe in search of suitable, nubile victims.' (Notes, p. 310).

Some tales of revenants certainly do involve sexual encounters, like in the Kukljin vampire case where a dead haiduk returns to sleep with his wife ('und was noch abscheulicher, so ist ein gestern beerdigter Heyducke folgende Nacht zu seinem Weibe gekommen und solcher ordentlich beygewohnet, welche solches gleich Tages darauff dem Hadnack selbiges Orts angedeutet, mit Vermelden, daß er seine Sache so wohl, als bey Lebzeiten verrichtet, ausser daß der Saamen gantz kalt gewesen.'). The emphasis, however, is not on erotics. We aren't told that the wife hoped that her dead husband would visit her again and again, as would be the case in modern vampire fiction, where e.g. the female victim - if that is the correct word? - looks forward to be visited by the count in Hammer's 1958 Dracula. 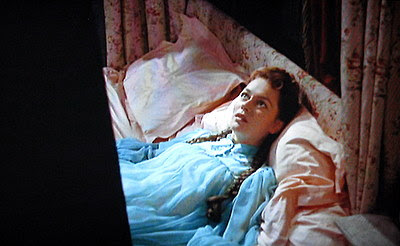 So, even though the sexual aspect is apparent from some revenant tales as well as from demonological works, this is not the aspect that is of primary interest or concern. Not so with the vampire of fiction. 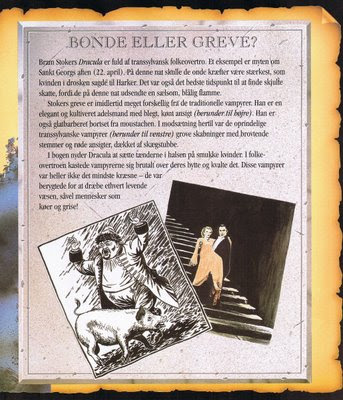 Another illustration of this is shown in the above illustration. Taken from a Danish translation of a children's book, In the Footsteps of Dracula by Jim Pipe, this page juxtaposes the revenant of a peasant and the vampire count: 'Stoker's count, however, is very different from traditional vampires. He is an elegant and civilized nobleman with a pale, handsome face. Apart from his moustache he is clean-shaven. The original Transilvanian vampires on the contrary were rough creatures with boastful voices and red faces covered with stuble.' (Click on the image to view it in more detail).

Obviously, this blog is more concerned with those inelegant peasants that don't lend themselves so well to novels and motion pictures. It is, however, fascinating that those peasants somehow inspired the aristocratic vampire that is so popular nowadays.
Posted by Niels K. Petersen at 21:35

If anyone is wondering, the photos are from Hammer's Dracula aka Horror of Dracula (1958), as mentioned in the post. See e.g. IMDB for more information.

Enjoyed reading your posts Niels...interesting subject matter. Strange to realize that the model of the typical 'Vampire' has changed so dramaticaly...somehow makes much more sense, with the original image of a rough beast-like creature feasting on the blood of his victims ;)