James John Garth Wilkinson (1812-99) was an opponent of vaccination, as Nadja Durbach describes in her study Bodily Matters: The Anti-Vaccination Movement in Negland 1853-1907 (Duke Univ. Press, 2005):

'The poor, claimed Wilkinson, are all “imbrued in each other’s taints”; vaccination “mingles in a communism of blood the taints of the community.” Since blood was transmitted through “hundreds of thousands of beings” by way of arm-to-arm vaccination, every “hereditary sewer opens up into every nursery; nay, into each infant’s very heart,” Wilkinson warned. The sewer, which carried the waste of society and which had connotations of sexual pollution, was infecting the child, who was supposed to be pure and innocent, untainted by physical and moral corruption. Since vaccination had passed blood from arm to arm to arm, no matter how healty a child seemed, each vaccinated infant was a repository for the diseases of the entire community. Each person’s blood was no longer his own, Wilkinson suggested, for each individual shared in the diseases with which the “residuum” infected the social body. Vaccination, its critics maintained, was thus a dangerous form of “body-mixing.”' (p. 130-1)

In 1881 Wilkinson published a handbill titled The Vaccination Vampire with the purpose of metaphorically describing vaccination as vampiric:

'The state tracked anti-vaccinators, pursuing them like criminals through the use of a creature that, like the vampire, was specifically trained to track the smell of the blood. Vaccination, Wilkinson further argued, was like a raven perched on “parturient” sheep, waiting to pluck out and devour the eyes of the newborn lambs. It “hover[ed]” over the pregnant woman who waited in the “shadow of its wings,” primed and ready to attack the infant. Winged and hovering, vaccination here figures as both a bird of prey and a vampire haunting the laboring mother. The vampire’s concern is with the blood, but, according to Wilkinson, vaccination disrupted the entire fluid economy of the body. The “Vaccination Vampire” polluted the “pure babe” precisely at the point of its “suckling,” the handbill warned, for the mother’s milk was “blighted” by fear of the “poisoned lancet”; thus, the “Vaccination Vampire” was a source of “universal pollution” and degeneration, for it led to “degradation and extinction.” The “cradle is born to an immediate medical hell,” Wilkinson warned, for the “Vaccination Vampire” “befouls” and “demonizes” and is the “Supreme Quack and grand Apollyon or Destroyer of the Human Race.” Wilkinson’s “Vaccination Vampire” thus epitomized what anti-vaccinators considered an invasive and violating operation.' (p. 138-9)

According to Durbach, from the middle of the 19th century the vampire 'came to symbolize the bloodthirsty doctor':

'Orthodox medicine was seen to be vampiric because of the Galenic tradition of bloodletting. In 1850, the medical botanist Albert Isaiah Coffin declared that, since the doctor asserts that disease is in the blood, he “attacks your veins like a vampire.” In 1885, Wilkinson claimed that medicine was dead “but stirs and rises from its grave as a vampire; and is the night-haunting demon of the end of the Nineteenth Century.” In language that was apocalyptic as well as gothic, Wilkinson both dismissed orthodox medicine as dead and yet feared its reanimated return, for vaccination, he implied, had breathed new life into the medical profession. (p. 139)

Over the next pages of her study, Durbach relates these notions to views of blood transfusion as well as themes from pieces of 19th century vampire fiction like Braddon’s Good Lady Ducayne and Stoker’s Dracula. 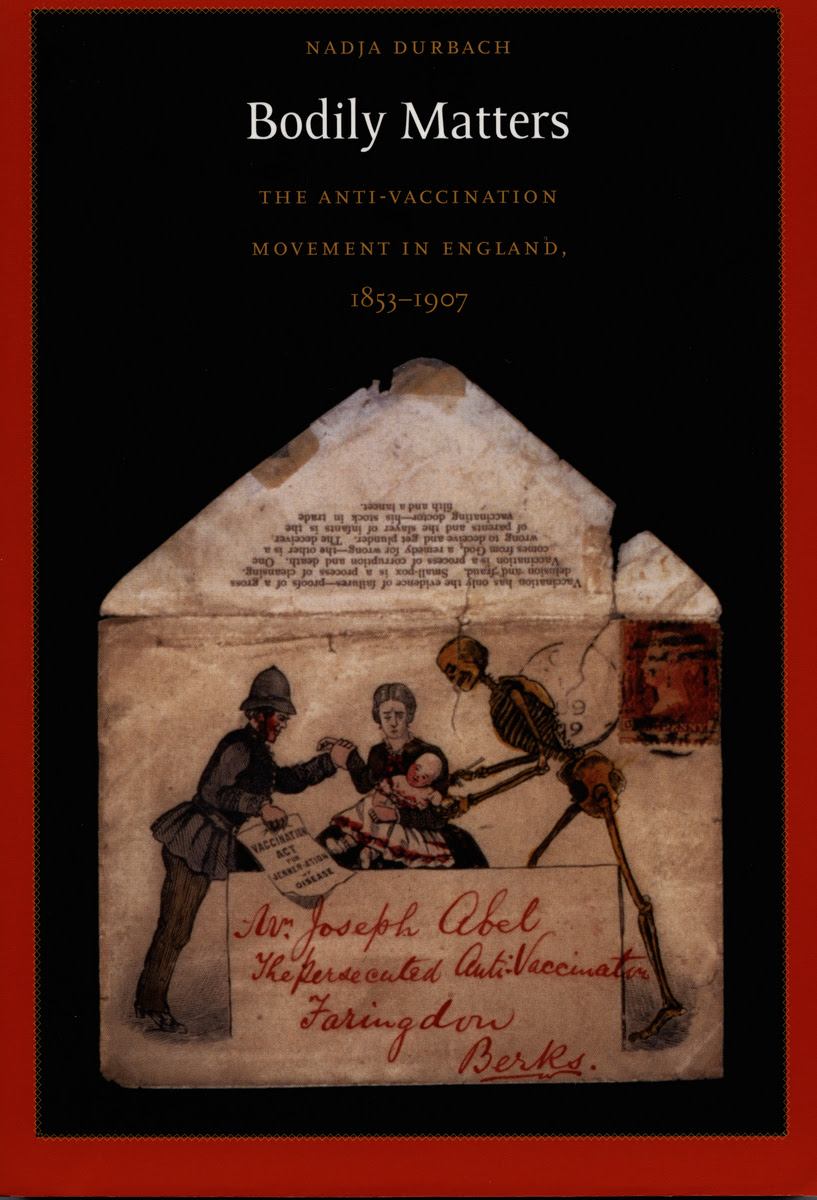