The Return of the Dead 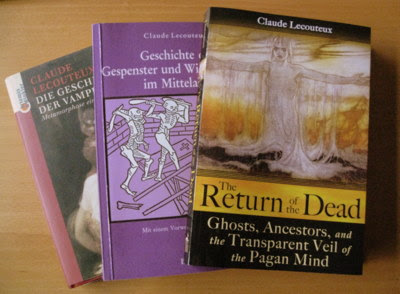 In London I found an English translation of Claude Lecouteux' Fantômes et revenans au Moyen Age titled: The Return of the Dead: Ghosts, Ancestors, and the Transparent Veil of the Pagan Mind. It is published by Inner Traditions which should make one a bit cautious, as this publisher tends to publish books on the secrets of the Masons, secret societies, yoga, UFOs, 'forbidden history' and that kind of thing. Still, it is the first translation into English of the book, and the publisher is following it up next year with a translation of Lecouteux' book on vampires: The Secret History of Vampires: Their Multiple Forms and Hidden Purposes (apparently, books about the 'secret' or 'forbidden' history of something sells).

An initial look at the book and a comparison with the German translation (I, unfortunately, do not own the original French edition) indicates that the English translation is slightly abbreviated and less academical. It does contain the notes, but the quotes in original languages (including my native language, Danish) are omitted. Chapter three in the German edition, Totenbräuche, appears to be missing from the English edition, whereas the afterword by Régis Boyer from the original French edition is retained in the English translation.

All in all, these differences make me a bit cautious in approaching the English translations of Lecouteux' work presented by Inner Traditions. Hopefully, a closer examination will prove my worries unwarranted. 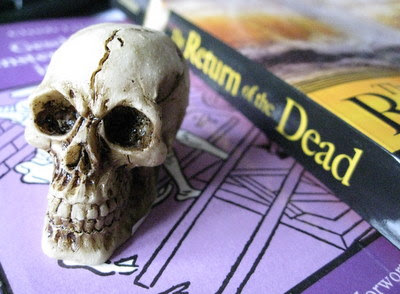 'How the ghost stories of pagan times reveal the seamless union existing between the world of the living and the afterlife. The impermeable border the modern world sees existing between the world of the living and the afterlife was not visible to our ancestors. The dead could - and did - cross back and forth at will. The pagan mind had no fear of death, but some of the dead were definitely to be dreaded: those who failed to go peacefully into the afterlife but remained on this side in order to right a wrong that had befallen them personally or to ensure that the law promoted by the ancestors was being respected. But these dead individuals were a far cry from the amorphous ectoplasm that is featured in modern ghost stories. These earlier visitors from beyond the grave - known as revenants - slept, ate and fought like men, even when, like Klaufi of the Svarfdaela Saga, they carried their heads in their arms. Revenants were part of the ancestor worship prevalent in the pagan world and still practiced in indigenous cultures such as the Fang and Kota of equatorial Africa, among others. The Church, eager to supplant this familial faith with its own, engineered the transformation of the corporeal revenant into the disembodied ghost of modern times, which could then be easily discounted as a figment of the imagination or the work of the devil. The sanctified grounds of the church cemetery replaced the burial mounds on the family farm, where the ancestors remained as an integral part of the living community. This exile to the formal graveyard, ironically enough, has contributed to the great loss of the sacred that characterizes the modern world.' 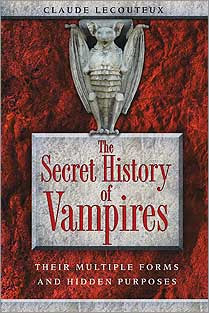 Email ThisBlogThis!Share to TwitterShare to FacebookShare to Pinterest
Labels: Lecouteux