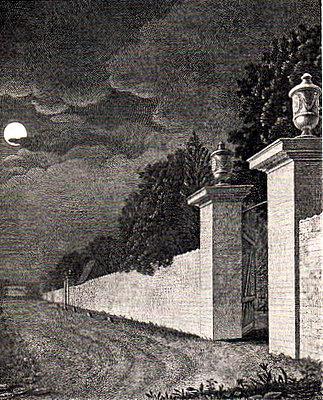 A friend of mine asked me to join him for a special walk in one of Copenhagen's cemeteries yesterday evening. As part of an annual cultural event called in Danish Kulturnatten (The culture night), the old Assistens Kirkegård was open to the public, and on this particular evening a few eerie ghosts were haunting the cemetery! So we walked around in the dark and came pretty close to some female 'apparitions' dressed in white garments, one of them even being very tall with her shroud floating around her.

One may take the opportunity to reflect upon why a the people in charge of the cemetery arrange this kind of event. I suppose that some would even find it disrespectful of those who are buried there to make their graves the site of entertainment. I do, however, think it was done in a relatively respectful way, and the few people who were actually going around the cemetery seemed to act responsibly. For this reason I myself have no particular qualms about it, and of course, historically cemeteries have been used for various purposes, so why not a bit of 'haunting'?

First and foremost the event to me indicates that most of us are not really so afraid of meeting a revenant or ghost to avoid the opportunity to enter a cemetery by night. On the other hand, the question of 'what if' probably 'tickles' our imagination so much that it is attractive to go and see what happens.

The cemetery in question is the burial site of many well-known Danes, e.g. the philosopher Søren Kierkegaard, the author Hans Christian Andersen, and the physicists Hans Christian Ørsted and Niels Bohr. For those interested in vampires and magia posthuma, this is also the burial site of the Danish author Dan Turèll, who has written a book on vampires, and of the painter Nicolai Abildgaard whom I wrote about in an earlier post.

It is also the cemetery where an interesting incident concerning premature burial occurred in the late 18th century. Tradition has had it that when grave robbers came to steal from the corpse of a young woman called Giertrud Birgitte Bodenhoff, they found her alive and killed her. This tale had been retold for about 150 years when it was decided to exhume the remains of the corpse and examine it to ascertain whether there was any truth in the stories of grave robbers and premature burial.

Viggo Starcke who was in charge of the examination, concluded that the tradition was true, and wrote a book on the mystery of Giertrud Birgitte Bodenhoff that was published in 1954. 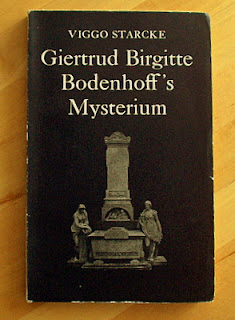