This year marks the centenary of Bram Stoker's death on April 20, and Constable who published Dracula back in 1897 has decided to celebrate the centenary with a facsimile of the first edition. Few people can afford a first edition, but this one is more reasonably priced, and is even available as a paperback. Published on April 5, the hardcover edition has a RRP of £50, and the paperback is available at a RRP of just £7.99. Both are available for pre-order at reduced prices from various internet dealers.

'A facsimile editon from the original publisher to celebrate the Centenary of Bram Stoker's death. No book since Mrs Shelley's Frankenstein, or indeed any other at all has come near yours in originality, or terror - Poe is nowhere...'-Charlotte Stoker (Mother of Bram Stoker).

Originally published in 1897, Bram Stoker's Dracula has spawned countless new editions, inspired over fifty films, and hundreds of reimaginings. The iconic and terrifying character of Stoker's imagination has permeated our conciousness in such away that Dracula is the seminal vampire of popular culture.

Set across London and into the darkest corners of Eastern Europe, Dracula is told through the journal entries and letters of its protagonists as they strive to survive the presence of Count Dracula in their lives. Young lawyer Jonathan Harker travels to Transylvania to assist in a land transaction, but finds himself trapped in the Count's castle, tormented by strange and unearthly occurrences. After a miraculous escape, he returns to England, only to find that the Count has followed him to London and has begun tracking his fiancé, Mina...

Reprinted in its original form, this edition of Dracula is perfect for a first time reader, or as a classic to keep forever.'

Various conferences and symposia mark the centenary, including: 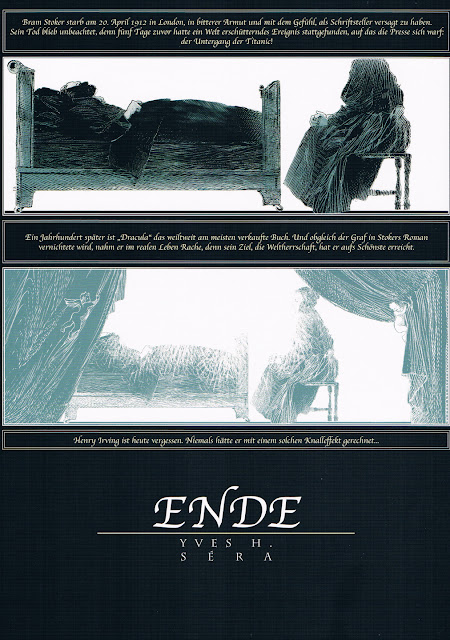 About damn time they published a fascimile! It's going on my list. :)