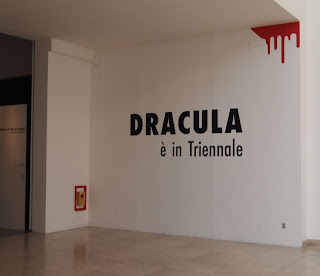 To many, Francis Ford Coppola’s film Bram Stoker’s Dracula has become quite the epitome of the story of the vampiric Count Dracula. The soundtrack music by Polish composer Wojciech Kilar is ubiquitous, and the film’s blend of history and fiction, of romance and horror, as well as its creative play with cinema itself, seem to suit a vision that many people have of Dracula and vampires, or at least one that appeals to them – that is, of course, prior to the boom of adolescent vampire fiction like Twilight. Perhaps, as it is more than twenty years since Coppola’s film received its premiere, many people have simply grown up with this film and consequently now identify Dracula with Coppola’s Count.

So it is little wonder that the first thing behind the dark curtain leading into the Dracula e il mito dei vampiri exhibition at the Triennale design museum in Milan was a screen showing excerpts from Coppola’s film. In fact, the fusion of historical fact and vampire fiction, of artistic creativity and design, and of Bram Stoker’s novel with its interpretation by artists and cinematographers, permeated the exhibition as a whole. 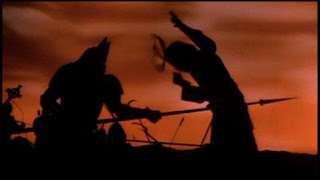 Not so much an extension or reworking of the Dracula Woiwode und Vampir exhibitions at Innsbruck and Bucharest, Dracula e il mito dei vampiri rather integrated items from that exhibition into something new, not only bringing the fictional vampire into focus, but also, as one would expect af a design museum, stressing Italian art and design.

Having watched Coppola’s vision of the Wallachian warlord turned vampire, the visitor was greeted by the famous portrait of Vlad Tepes from the Kunsthistorisches Museum in Vienna. Fortunately, one was not met by Vlad’s gaze, as he rather looks at something or someone to your left, so one can study his features without fear of having aroused his, er, attention. Similarly, the full-length portrait of Dracula Waida Princeps from Forchtenstein Castle appears to look to one side, but strangely, his eyes have an uncanny look as if a film is layered on top of them, or maybe someone attempted to blur them?

Only a very small selection of items from the earlier Dracula exhibitions were displayed here to provide some context for the life and cruelty of Vlad Tepes: A 17th century map of Transylvania from the Kunsthistorisches Museum, the coloured print of the city of Papa from 1617 showing impalements, a copy of Sebastian Münster’s 1598 Cosmographey with its depiction of impalements, and various clothes and weapons used by the Ottomans.

The vampire cases and the ensuing debate of the 18th century were illustrated via a handful of books, including Johann Christoph Harenberg’s 1733 Vernünftige und Christliche Gedancken über die Vampirs oder bluhtsaugende Todten, Nicolas Lenglet du Fresnoy’s 1751 Traité historique et dogmatique sur les apparitions, les visions & les revelations particulières, and the German translation of van Swieten’s commentaries published in 1768. However, there were no documents, no Calmet, Ranft or Tallar, no bust of van Swieten or portrait of Maria Theresa as in the exhibitions at Innsbruck and Bucharest. Instead, the exhibition of vampire fiction was enhanced by some remarkable items courtesy of the Bram Stoker Estate and John Moore Collection: Bram Stoker’s so-called lost journal that was published for the first time last year, and Stoker’s autograph copy of the first edition of Dracula ‘to my dear mother’, both definitely some of the chief attractions of the exhibition.

A couple of Goya’s Caprichos, a first edition copy of Polidori’s The Vampyre as well as posters for performances of Marschner’s opera Der Vampyr and a programme for a 1927 performance of Deane and Balderston’s stage adaptation all led the way into a room where quotes from Stoker’s novel were displayed in Italian on a wall. Here you could also enter the house of a vampire as envisioned by Milanese architect and designer Italo Rota. A rather creepy tableau of a ‘living room’ with earth strayed across the table and a selection of ritual tools, remedies, books and art, all of which, according to Rota, should reflect the mentality and everyday ‘life’ of a vampire. Suffice it to say, that I would not spend my time in that place…

Entering the world of vampire cinema, one could peep through holes like a voyeur to observe a variety of ‘vampire kisses’ from a number of vampire films, while more analytically, over the door to the next room, a brief genealogy and philosophy of cinematic vampirism was outlined. Nosferatu from 1922 accordingly reflected the psychoanalysis of Freud and Jung, whereas Dracula from 1931 showed the vampire in the modern major city, and might be interpreted in terms of Georg Simmel or Walter Benjamin.

Then, for some reason the vampires of Hammer and many other filmmakers from the 1950’s to 1980’s were not included in the genealogy, so we jumped right to the era of post-structuralism (Jacques Lacan) and postmodernism (Guy Debord and Gilles Deleuze) with Bram Stoker’s Dracula from 1992 and Interview with the Vampire from 1994, respectively. Finally, in a 'liquid' society where 'solid' concepts like work and marriage are, in the words of Zygmunt Bauman, 'like zombies, such concepts are today simultaneously dead and alive',  Edward Cullen and the other vampires of Twilight could be perceived as 'post-vampires', indistinguishable from mortal humans.

Clips from a variety of vampire films, including Mario Bava’s Italian La maschera del demonio from 1960, were shown on three transparent screens in a separate room, their soundtrack having been replaced by popular pieces like Orff’s O Fortuna and Delibes’s Flower Duet, all played at high volume.

Among the clips were, of course, Coppola’s Dracula film, and not only its screenplay and parts of its storyboards were exhibited, Dracula e il mito dei vampiri also paid homage to the film's costume designer, Ishioka Eiko, by displaying the blood red armour she created for Dracula, and showing a documentary about her work on the film. The  tribute to Eiko was followed up by a a tableau of impressive female stage costumes from various operas and ballets like Aida, Die Zauberflöte, and Turandot. Very fitting for an exhibition in the hometown of Italian fashion and the famous opera house, La Scala. A wall of photos from catwalks rounded this section off with fashion for men designed by Louis Vuitton, Gucci, Prada and others, all illustrating the crossover of the vampire from fiction to fashion, no doubt with a good deal of help from Goth subculture. 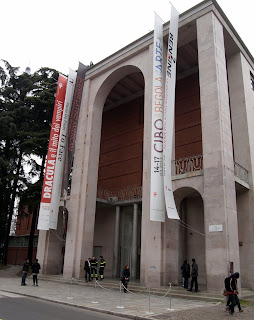 Finally, a room not intended for children, exhibited pages from Guido Crepax’ comic book adaptation of Dracula as well as a hitherto unknown sequence in which his heroine Valentina meets Count Dracula.

Personally, I must say that the exhibition whet my appetite for more, as it is fairly easy to imagine how an exhibition like Dracula e il mito dei vampiri could be expanded in order to go into more detail with Vlad Tepes, with the struggle between the Ottoman Empire and Christian Europe, with vampires and revenant beliefs, and with the rise of the fictional vampire, Count Dracula and the vampire of modern popular culture. I am, however, well aware of the painstaking work that is no doubt required to assemble the number of paintings, books, documents and artefacts that would fit in with the themes, and at the same time I am not sure how much the average visitor is in fact able to digest. With regards to Vlad Tepes and vampires, the exhibitions in Innsbruck and Bucharest are so far the most comprehensive exhibitions I am aware of, and it will probably be hard to surpass hem. But hopefully there is more to come in the future. 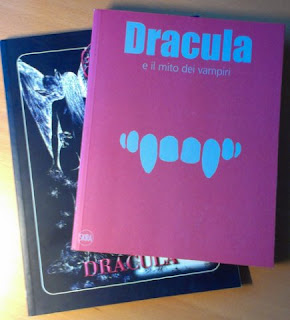 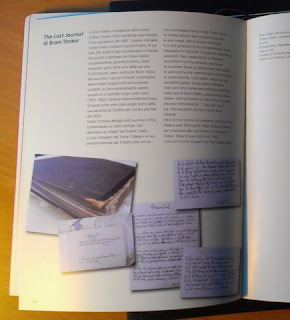 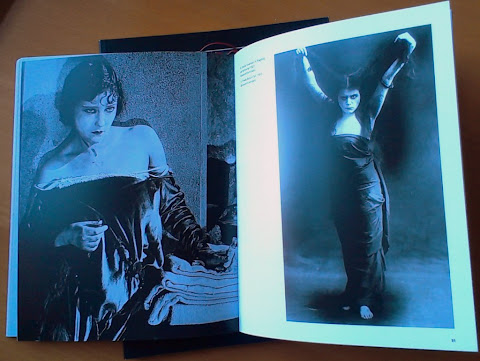 In connection with the exhibition, Skira has published a 131 page catalogue, which includes a number of articles and a selection of the items exhibited. Margot Rauch has contributed the historical part of the catalogue, Dracula: voivoda e vampire, which is in fact a translation of what she wrote for the Innsbruck and Bucharest exhibition catalogues, as well as an inventory of some of the books and artefacts exhibited. The article on the costumes of female vampires (and vamps) include a number of photos of stars like Dietrich, Garbo, Bernhardt, Swanson and Bara that were not on display, while Italo Rota’s vampiric living room is only documented on a youtube video that can be accessed with a QR code.

Whether Dracula e il mito dei vampiri will be exhibited elsewhere in the future – in the same or some other form – I do not know, but the photo to right was posted on facebook by the company that organized the exhibition,with the accompanying message:

Dracula has packed and is ready to conquer new cities!

Coppola´s film has it´s problems - Vlad the Impaler as Romantic hero? Lucy as "slut"? etc etc - but it is visually gorgeous and enjoyable.

Hmm, good job! This is really something!