'If I were to permit myself to investigate the holy mysteries of divine Providence, I would say: why do these apparitions and tricks of the Devil only take place today in poor Moravia and northern Hungary, and not elsewhere in Spain, France and our Italy?'

The Dissertazione sopra i vampiri by the Archbishop of Trani, Giuseppe Davanzati, to my knowledge has never been translated in toto into any language, although it is relatively easy to come by an Italian copy. So you may have a hard time finding extracts and more than just cursory information in English. Montague Summers dedicated a couple of pages to Davanzati, but most of it is biographical information, and he is quick to dismiss the Archbishop’s conclusion.

Fortunately, Francesco Paolo de Ceglia of the University of Bari Aldo Moro in Italy (not far from Trani), the author of a.o. a book on Georg Ernst Stahl, has remedied the lack of information in English with his paper The Archbishop’s Vampires: Giuseppe Davanzati’s Dissertation and the reaction of “scientific” Italian Catholicism to the “Moravian events”, published in Archives internationales d’histoire des sciences vol. 61, no 166-167, Juin-Décembre 2011. 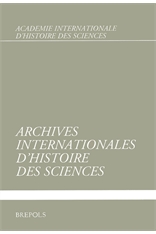 Written about 1739, when Davanzati heard of the Moravian episodes of posthumous magic from e.g. Cardinal Wolfgang Schrattenbach, Bishop of Olomouc from 1711 to 1738, the Dissertazione was published posthumously in 1774, long time after the initial vampire debates. Still, manuscript copies appear to have rapidly been spread and read shortly after it was written, even in the Netherlands.

In the late seventeenth and early eighteenth century the area under clerical jurisdiction of the Consistory in Olomouc saw several cases of what Karl Ferdinand von Schertz had coined magia posthuma, and in the 1730’s the interest in this kind of phenomenon had exploded with the news of the Serbian vampires. Some fifteen years later, Empress Maria Theresa aided by her physician, Gerard van Swieten, would take matters into her own hands, when news reached Vienna of how the Catholic authorities handled the instances of posthumous magic, no doubt further eroding the position of the Jesuits in the Austrian lands.

Davanzati, writes de Ceglia, 'was a man of that Catholic Aufklärung which, shaking off the visionary excesses of Baroque mysticism, was responsible for the classics of the Italian “anti-superstitious” school of thought. Concentrating, above all, on the theme of witches and celestial apparitions, these publications were circumscribing the space that, until that time, had been conceded, above all, to the action of the Devil, but in part to God as well, in this way drastically reducing the group of phenomena that tradition had considered preter- and supernatural. The imperative was to explain the phenomena through the laws of nature, without unnecessarily involving the Devil, as had, instead, been done until just a few decades prior.' 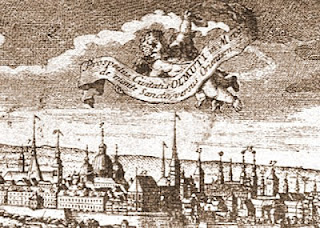 Believing in the invariability of the laws of nature, Davanzati was of the opinion that if vampires should exist, they could not be something new. Consequently, he identified vampires with ghosts, and even elves common to the mythology of Southern Italy. The Church accepted the existence of ghosts as souls from the Purgatory, but they were souls temporarily allowed by God to return and still under his jurisdiction. So from a theological point of view, ghosts were not allowed to carry out evil acts, for which reason vampires could not exist.

The Protestants, on the other hand, denying the existence of Purgatory, believed that ghosts, if not illusory, had to be the work of the Devil. Davanzati’s response to various theological counterarguments was to point out that vampires had apparently only been encountered in Moravia and Hungary, and not in Spain, France and Italy. Perhaps it was rather the work of priests taking advantage of the local populace’s fear that led people to believe in the excessive power of the Devil?

De Ceglia sums up Davanzati’s strategy, ‘much drier, more debonair and, above all, less gullible than Calmet’, briefly this way:

‘1) first of all, he “rationally” – that is, without making recourse to the authority of the conciliar decrees – minimised the Devil’s actual ability to influence nature and people, being nonetheless careful not to slip into the Pyrrhonism of Pierre Bayle or the radical Cartesianism of Balthasar Bekker. 2) The operation succeeded in temporarily identifying the vampire-ghosts as souls from Purgatory. Someone had already noticed that the belief in vampires prospered mostly in areas where the existence of the third realm of the afterlife was denied. Moreover, like souls from Purgatory, vampires could be interpreted as an intermediate state between saved and damned souls. It was nonetheless inexpedient to go on with this identification, dangerous from a theological point of view. 3) At this point, it was only necessary to prove that these apparitions had no goals of spiritual elevation to set aside their supernatural origin. 4) Once all this was done, the last obstacle to overcome was the naturalistic interpretation of the phenomenon:

“Anyone with a little common sense, so to speak, can clearly realise that the Devil plays no role in a story like that of these vampires; it is all a human creation, or at most a sort of tiresome illness, such as the plague, or some other epidemic disease.”’ 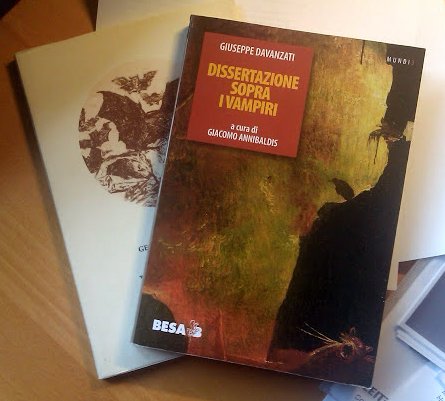 As for the questions concerning the incorruptibility of corpses and whether a corpse is still alive, de Ceglia notes that ‘Davanzati was working in a period in which the Roman Church was redefining its ambivalent relationship with uncorrupted bodies,’ and compares the canonisations manual that was in use at the time of the incidents of posthumous magic in Moravia, Bishop Carlo Felice de Matta’s Novissimus de sanctorum canonizatione tractatus from 1678 with the later one by Prospero Lambertini, De servorum Dei beatificatione (1734-8), which in its second edition also deals with vampires.

‘The chapter “De incorruptione” in the first handbook, gave credence to the most improbably tales,’ de Ceglia notes and sums up its views briefly: ‘a) a holy body is soft and flexible; b) nevertheless, it is important to pay attention to the Devil’s nasty jokes; c) as well as to the intimate vitality of the cadaver (whatever its origin may be),’ adding that: ‘All three of these positions were scaled down by the new “regulated devotion” of the 18th century.’

Ultimately it becomes a matter for the theologians to decide whether an uncorrupted corpse is in fact a miracle, as Davanzati states: ‘And although it would not be difficult for me to believe that said circumstance could be a purely natural thing in some cadavers, I demand it be a supernatural and miraculous thing in those servants of God whose moral virtues in heroic status have been proved as such by the Holy Mother Church and by the Sacred Roman Rota.’ Davanzati, however, admits the importance of the imagination as a real operative force that could produce effects outside the body of the imaginer, a kind of action at a distance. Vampires consequently are, in de Ceglia's words, 'the result of a collective suggestion, in which, however, the imagination of one person "effectively" acted on that of another, triggering a "spiritual epidemic".' This kind of argument surely could easily undermine the notion of true miracles, so Davanzati decided to subordinate medicine to theology:

‘From this it can be deduced that fear of the adversary is pointless, so by attributing so many almost miraculous operations to the imagination, damage is done to the virtue of real miracles and the canonisation of saints. The miracles of the latter will always be real miracles, each time, as previously said, when they happen concurrently with heroic virtues. When this is not the case, these same supposed miracles will always be considered the natural effects of fantasy.’

A miracle for Davanzati, as de Ceglia writes, ‘tautologically remained what theologically was decreed to be a miracle. The recognition of the efficient cause – natural vs. preter- and supernatural – depended on the individuation of the final cause: aetiology was subordinate to teleology (and theology). Vampires, in conclusion, were for him figments of the imagination, not because they were otherwise inexplicable from a scientific point of view, so much as because the miracle of their existence made no sense theologically. Nonetheless, had the foundations de fide of the reasoning been disowned, as was possible for the Protestants, the whole logical construction would have collapsed.’
Posted by Niels K. Petersen at 07:07