If I were Brown 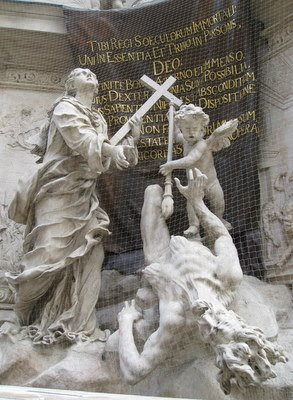 If I were Dan Brown or some other author writing a vampire novel in the style of Brown's bestselling novels, I would consider incorporating the Pestsäule (Plague Column) in Vienna in the storyline to be one of those enigmatic clues leading to the solution of some enigma of grand proportions. At least, I feel it would be easy to use the part of the column shown in the above photo as some cryptic symbol of a vampire being slain using cross and stake :-) It's not a stake and the teeth aren't fangs, but if they had been, the 'secret message' would have been too obvious... 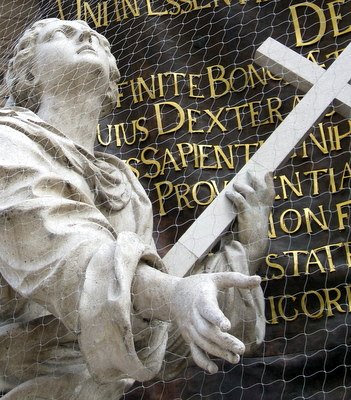 The column is a commemoration of the end of the plague that swept Vienna in 1679, the Great Plague of Vienna. 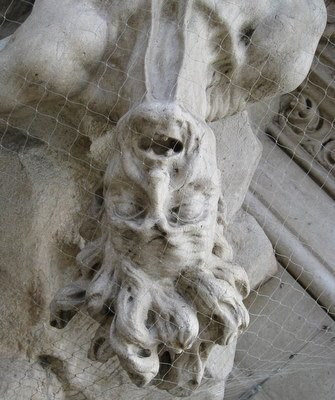