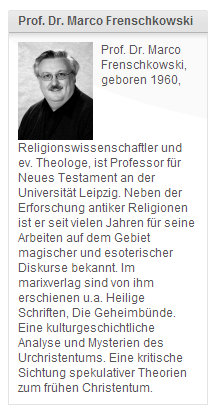 At the conference on vampirism and magia posthuma in Vienna in 2009 I had the opportunity to talk to Professor Marco Frenschkowski about Montague Summers, so it was interesting to read what he had to say about the subject in a delightful and inexpensive introduction to the cultural history of witches published last year, Die Hexen: Eine kulturgeschichtliche Analyse (Marix Verlag). In fact, what he writes is very much like the opinion he told me back then: that he thought many scholars denounced Summers, but still read his books, albeit discreetly.

Frenchowski’s book is dedicated to Henry Charles Lea, whose collection of sources, Materials toward a History of Witchcraft, was published posthumously in 1939, a work that Frenschkowski praises for its scope and Lea’s understanding of ecclesiastical history. Montague Summers on the other hand is Lea’s diametrical antipole, although in Frenchowski's opinion not a mere crank. Nor did Summers represent a remnant of conservative Catholic conviction, as his homosexuality was an unconcealed part of his life as well as his work. What Summers, however, is to Frenschkowski, is an anti-modernist, whose 'quaint, sultry and baroque language, his evocation of a magical alternative reality to the Modern, in which witches are absolutely real, can hardly be considered a case of misguided scholarship, but rather as a piece of art, as decadently poethical evocations of a (fictious, and faux authentic) Pre-Modern.' (my translation)

Frenschkowski also admits that the reader may doubt whether Summers actually did believe fully in the reality of the vampires, werewolves, witches, and demons that he claimed, but finds he use of sources solid and learned, while his style and subject matters have made his books desired collector's items.

Die Hexen: Eine kulturgeschichtliche Analyse is one of three books by Frenschkowski published in the series Marix Wissen.

On vampires of mythology and folklore Frenschkowski has written an article in the anthology Draculas Wiederkehr edited by Thomas Le Blanc, Clemens Ruthner, and Bettina Twrsnick that was published in 2003. 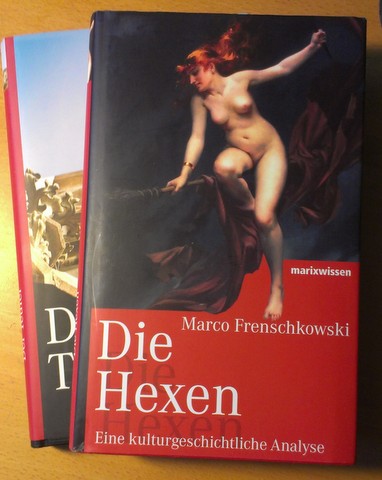