"Calmet had corresponded with Maria Theresa" 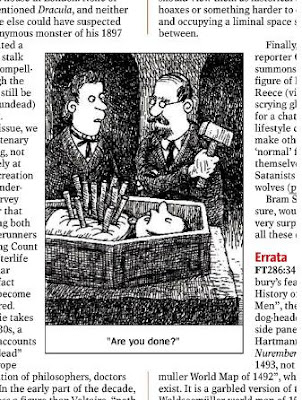 To me there is something anachronistic about forteana in the twenty first century. Charles Fort's collections of strange phenomena remind me of my youth when theories about biblical myths being inspired by UFO visits, claims that the Egyptians knew about electromagnetics, and various parapsychological notions of telekinesis were popular. Still, the magazine The Fortean Times, apparently has an avid audience, and judging from its current issue, some of the articles are pretty well written and researched.

This issue - no 288 - is a special on the 'creatures of the night', including an article on the historical origin of the interest in vampires, i.e. the Serbian vampires of the 1730's, by Dr. Leo Ruickbie. I doubt that readers of this blog will be surprised by most of what he writes, except a claim that Dom Calmet corresponded with Empress Maria Theresa. This is certainly an intriguing angle that I would never have considered. Ruickbie, unfortunately, does not quote any source for this information.

Other articles include an analysis of 'vampire killing kits' and a history of two men who played a key role in  Romanian Dracula tourism.

The Fortean Times is available for purchase and reading digitally. 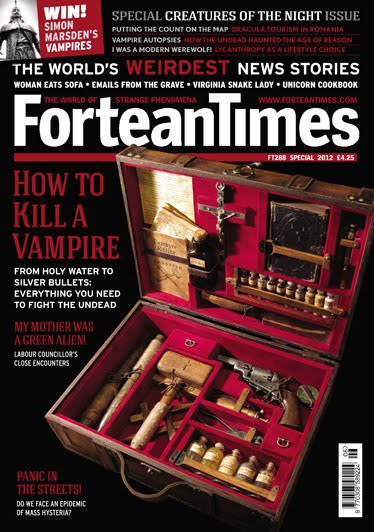 It's nice to see that my article caught your attention. I should just point out that although Fortean Times encourages referencing sources it is not an academic journal, but a commercial magazine and has only limited space to include a short list of works cited.

For a fully referenced academic article on the subject see my forthcoming chapter:

Or if you had emailed me and asked I would have told you that my source was:

Unfortunately, Introvigne does not name his source.